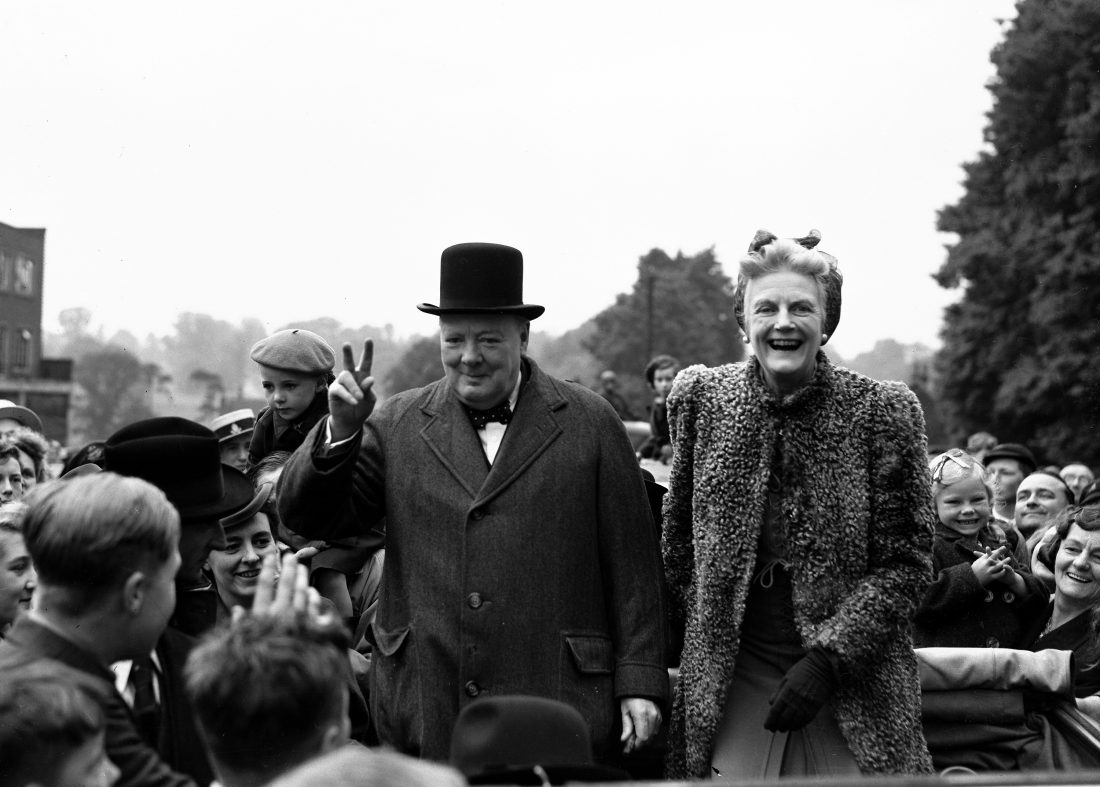 AP Photo/Eddie Worth, File In this May 26, 1945 file photo, Britain's Prime Minister Winston Churchill and his wife Clementine tour Churchill's constituency of Woodford, in Essex, England, as part of the Conservative's General Election campaign.

LONDON — Britain is facing the most testing and significant period in its modern history since World War II.

The polarized electorate now has a critical choice to make — but it seems unlikely the result, whatever it may be, will heal deep and toxic divisions that could last a generation or more.

The 20th century saw Britain fight alongside and against Europeans and then help make the prosperous peace into the 21st century. This election will help determine where Britain’s formal relationship with the European Union lands and what the impact will be on all walks of life.

In 1945, after punishing years of war, Nazi bombardment, self-sacrifice and rationing, the voting populace shifted in huge numbers after Victory in Europe Day, casting aside wartime leader Winston Churchill for a Labour Party committed to economic rebuilding from the ashes of war.

Churchill epitomized Britain in its war years: The bulldog spirit and features and the iconic victory sign are still well-ingrained on the national psyche.

That didn’t count for much at the polls, though, in 1945 when a population weary from the German blitz and day-to-day suffering and shortages delivered the biggest election swing ever in Britain.

No elections had been held since 1935. Churchill’s Conservatives, who had presided over a national government during the war years, were unceremoniously dumped with a stunning nearly 11% election tilt to the Labour Party led by Clement Attlee.

It was a landslide triumph based on an economic program which had some similarities to U.S. President Franklin D. Roosevelt’s 1930s New Deal. In Britain, the National Health Service and welfare state came into being, full employment was sought and social reform was at the fore. This became the bedrock of the nation for decades until Margaret Thatcher’s rise in 1979.

The Conservative government began to come off the rails as the 1960s dawned. They were beset by economic problems, the Profumo Affair, a sex scandal that had threatened national security, and an old guard establishment in charge that seemed out of touch with modernity.

Voters wanted to move on. Labour’s Harold Wilson, a pipe-smoking economist, made the then remarkable life journey from a northern town to 10 Downing Street. The year before his victory, Wilson had famously captured the now, in stark contrast to his opponents, with a speech extolling a new Britain that would need to be forged in the “white heat of a scientific revolution.”

London would swing later that decade. The Beatles were the country’s greatest export. But as viewers of “The Crown” TV series will know, Wilson had to dig Britain out of a deep economic hole and eventually devalue the pound when the deficit he had inherited from his predecessors became too crippling, He faced plots against his tenure both in the 1960s and during a second, briefer stint as prime minister in the mid-1970s.

The “Winter of Discontent,” a period in the late 1970s that saw Britain steeped in a mire of nationwide strikes by potent public sector trade unions, paved the way for a radical right-wing government led by Margaret Thatcher. Her rule would upend and divide the country.

She was dubbed “Iron Lady.” The domineering right-wing press backed her to the hilt. Thatcher saw the unions as the “enemy within” and sought to destroy them.

She waged war with Argentina over the Falkland Islands, also known as Las Malvinas. She won both battles. But they came at a cost. When Britain sank an Argentinian ship, the Belgrano, which was sailing away from the area of conflict, hundreds of young conscripts were killed. One headline in a Rupert Murdoch-owned tabloid crowed, “Gotcha!”

Parts of society benefited hugely under Thatcher during the 1980s. But unemployment and poverty rocketed, especially in the north of the country where long-established industries, like mining, were destroyed and with them their communities. A dominant and divisive Thatcher won three consecutive elections. She was felled in 1990 by her own party over her belligerent stance over ties with the EU — a fate that would befall her Tory successors as well.

There was no love lost between Thatcher and Ted Heath, prime minister from 1970-1974 after she had ousted him as Conservative leader. When she was deposed Heath was said to have exclaimed, “rejoice, rejoice, rejoice!”

After 18 years of Conservative power, Tony Blair won over voters with a pledge of a fresh start: His “New Labour” would be a new incarnation of the party, no longer left-leaning as they had historically been, much more centrist and highly EU- and business-friendly.

At first Blair declared his priorities to be “education, education and education.” But military interventions followed on behalf of Kosovo against Serbia and in Sierra Leone in 1999/2000.

A much-hyped millennium night display that fizzled out seemed to capture the way the government was headed — style and spin over substance. With the Sept. 11 attacks came Blair’s determination to “stand shoulder to shoulder” with the U.S. He duly followed President George W. Bush into wars in Afghanistan and Iraq. London was then targeted in deadly terror attacks in 2005. Blair handed over the premiership after 10 years to Gordon Brown with an Iraq War-tainted legacy.

CAMERON’S COALITION EKES OUT WIN IN 2010

Brown’s three years at the helm were punctuated by the global financial crisis of 2008 and its fallout. He was a less charismatic leader than Blair and faced a young and energetic David Cameron on polling day.

A hung parliament ensued: Cameron cobbled together a coalition with the Liberal Democrats and harsh austerity years followed. Labour was out after 13 years, but the British political landscape would come to be dominated by a new word to enter the lexicon later the same decade: Brexit.