Crews battle fire in park close to Appalachian Trail, I-80 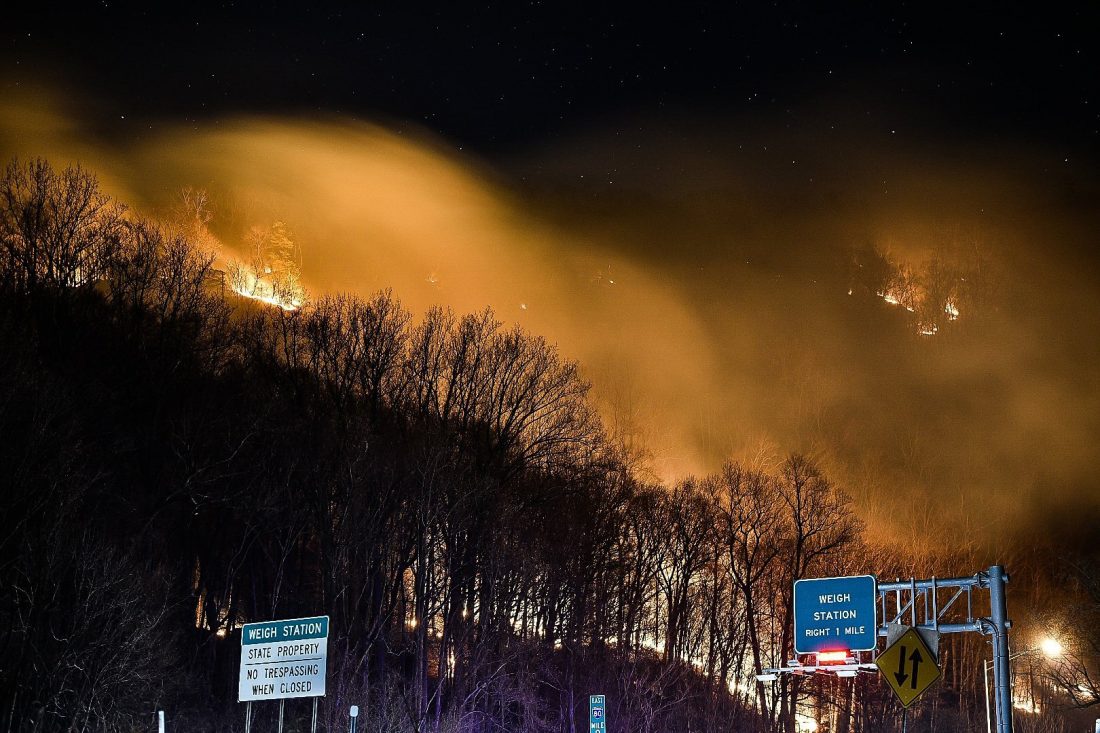 Adam Polinger via AP A wildfire burns near the New Jersey side of the Delaware Water Gap National Recreation Area near Hardwick Township, N.J., on Sunday.

HARDWICK TOWNSHIP, N.J. (AP) — Firefighters from federal and New Jersey agencies battled a forest fire for a second day early Monday in a popular hiking area that is crossed by the Appalachian Trail and a major interstate highway.

The fire burned in New Jersey’s Worthington State Forest and the Delaware Water Gap National Recreation Area. A Facebook post from a nearby fire department in Pennsylvania indicated the fire had grown to 70 acres by Sunday night.

It wasn’t clear early Monday what the fire’s cause was or how much it had been contained. A helicopter and 40 firefighters were working to put the fire out Monday, officials said.

A helicopter dropped water on the fire Sunday, but National Park Service spokesperson Kathleen Sandt told the New Jersey Herald that it had to stop operating after sundown for safety reasons.

The crews were using an existing trail as a fire break, Weber told the station.

Pictures and video shared Sunday on social media showed a wall of flames not far from Interstate 80, which carries traffic to and from New York City, winds through the water gap and was backed up in both directions.

Some delays were reported during the Monday morning commute, but officials said the highway was open in both directions. They warned, though, that smoky conditions would likely remain until at least Tuesday and that flames would also be visible.

The fire broke out on a sunny February day that saw temperatures in the mid-50s. The Appalachian Trail crosses through the recreation area, but it wasn’t clear how close the flames were to it.