WWII veteran turns 100 with memories of her war service 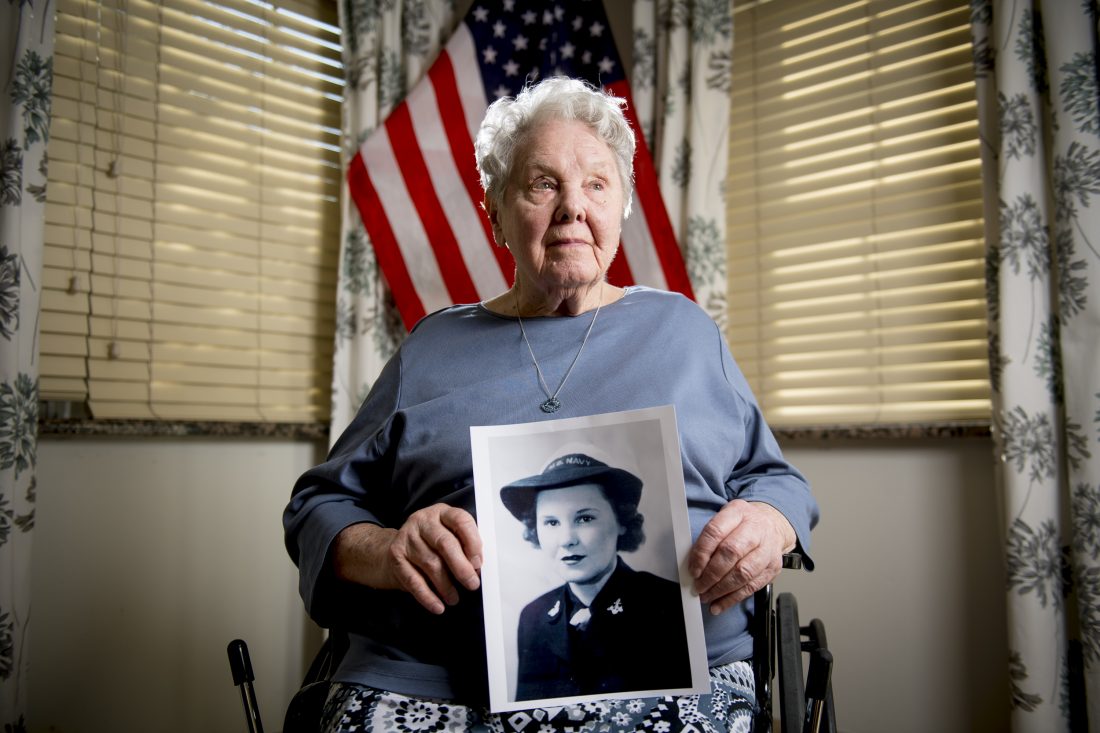 Isaac Hale/The Daily Herald via AP Olive O'Mara, a veteran who served as an engineer on a naval ship as part of the U.S. Navy's WAVES program during World War II, poses for a portrait at River Meadows Senior Living in Alpine, Utah.

PROVO, Utah (AP) — A veteran turning 100 in Utah has recalled her service in World War II working as an engineer and in confidential communications, which gave her access to one of the war’s final secrets.

At the time, the coal-miner’s daughter was a school teacher living in the small town of Scottdale, Pennsylvania, 45 miles (72 kilometers) southeast of Pittsburgh.

O’Mara enlisted and served in the Navy WAVES, the women’s naval reserve established in July 1942.

Originally hoping to become a nurse, O’Mara was one of two women on the East Coast to score high enough to qualify for an electrician position.

O’Mara was later moved to a cable office in New York that handled communications.

“I liked that because it was mysterious, and I got to know things before anyone else,” she said. “You had to keep your mouth closed and be very, very quiet about everything. I liked that idea.”

When O’Mara learned the war was officially over, she was among those who kept the secret until it was publicly announced nearly 12 hours later.

O’Mara moved to Utah County in 1987 after her daughter, Mary Jensen, joined The Church of Jesus Christ of Latter-day Saints, was admitted into Brigham Young University and started a family, she said.

After raising three children, O’Mara lives in Alpine and enjoys visits from her 12 grandchildren and a handful of great-grandchildren.

Her advice as she turns 100: “Love life, work hard and serve someone.”