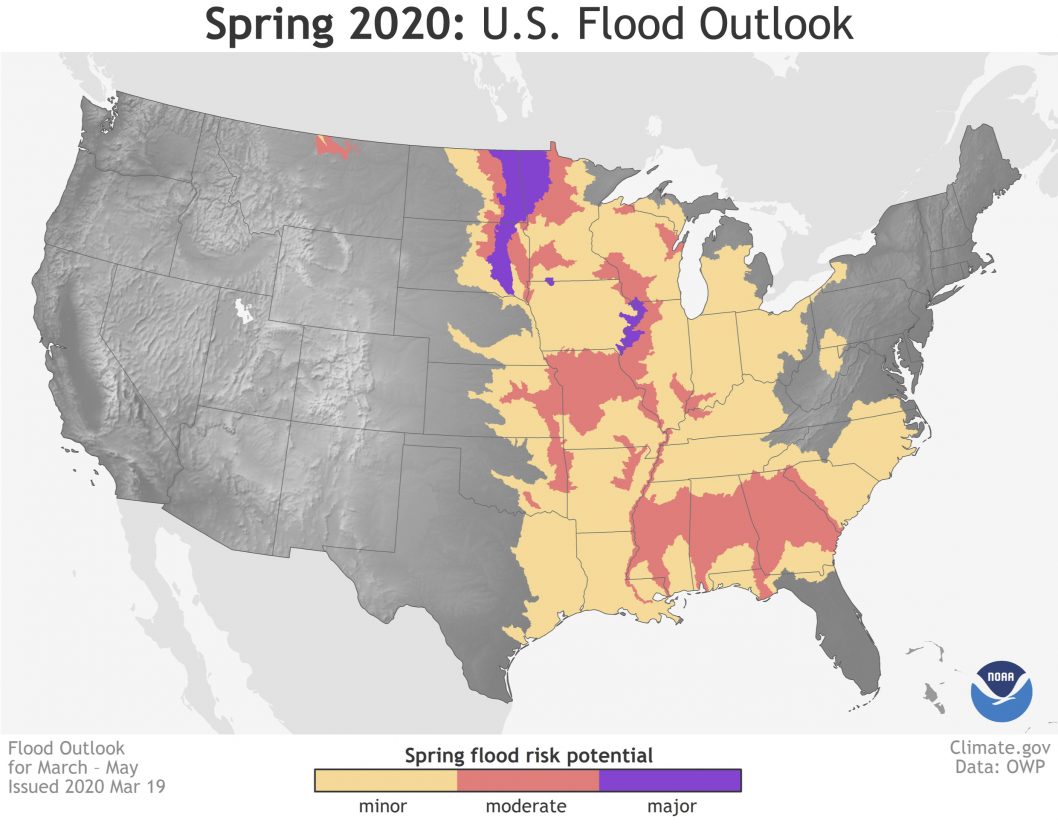 NOAA via AP This image provided by the National Oceanic and Atmospheric Administration on Thursday, March 19, 2020 shows their forecast for potential flooding in the U.S. in the spring of 2020.

WASHINGTON — Too often disasters come in threes. But the year of global pandemic and record wildfires in Australia will not also be a year of historic floods in the U.S., forecasters predict.

Last year saw record floods in several regions of the country. But this year this annual spring flooding season will not be as severe or prolonged as in 2019, scientists at the National Oceanic and Atmospheric Administration said Thursday.

The regions most likely to experience major flooding include parts of North Dakota, South Dakota and Minnesota.

The potential for major flooding is elevated along the Red River, the James River and parts of the Upper Mississippi River, said Edward Clark, director of NOAA’s National Water Center.

That’s in part due to heavier than normal rainfall over the last 90 days in those watershed areas.

In the southeastern U.S., the potential for heavy floods may be slightly dampened by the early arrival of spring — meaning that the sprouting plants and trees are absorbing moisture from the soil and air. Floods are more likely when rain falls on already water-saturated soils.

The National Phenology Network, which tracks the advent of green shoots and blooming flowers, found that spring has arrived around three weeks early in much of the eastern U.S.