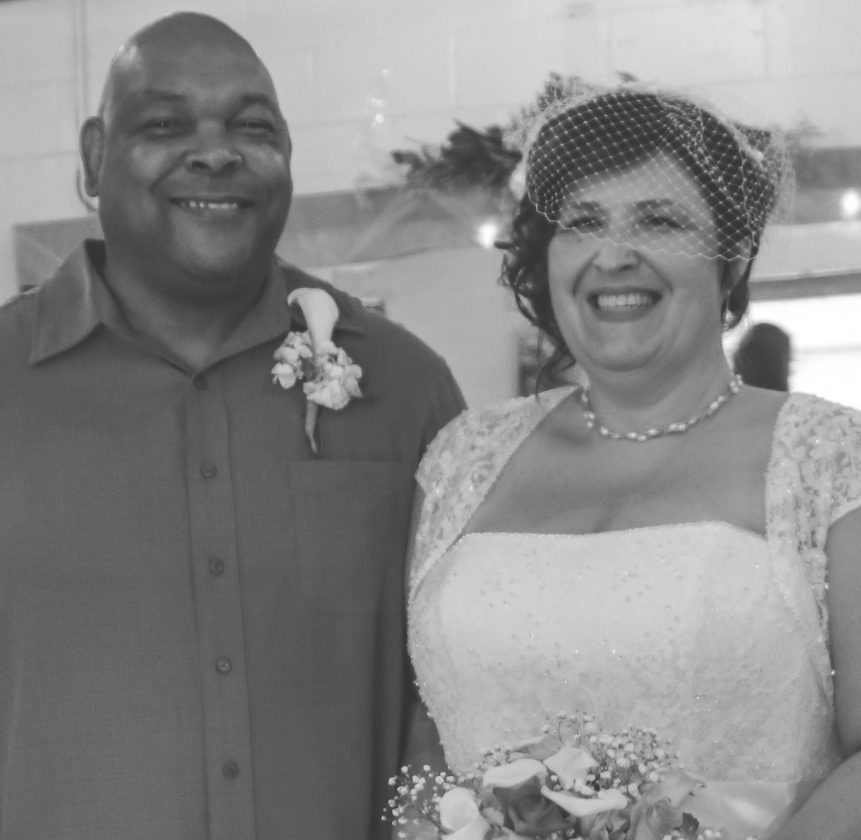 Jennifer Cella and Robert Johns Jr., both of Virginia Beach, Va., were united in marriage on August 19, 2017. The ceremony and reception were held at Commonwealth Brewing Company in Virginia Beach. Pastor James C. Little Jr. officiated. Surrounded by family and friends, the couple exchanged vows on the 10th anniversary of their first date.

The bride is the daughter of Patricia and Gary Cella, of Loganton. She graduated from Sugar Valley High School and holds a BA in Biology from Lycoming College, as well as an MS in Library Science from Clarion University of Pennsylvania. She is employed by Atlas Systems as a Support Analyst.

The groom is the son of the late Virginia and Robert Johns Sr., of Virginia Beach. He graduated from Princess Anne High School in Virginia Beach, and he served 22 years in the United States Air Force. He earned an AA in Criminal Justice and an AA in Human Resources, both from the Community College of the Air Force. He is a full-time student in a Registered Nursing program at ECPI University.

The wedding party was comprised of two friends of the bride, Matt Calsada who was the Man of Honor and Nikki Tadlock who was the bridesmaid, along with the childhood friend of the groom, Bobby Hines, who was his Best Man. They were also joined by the groom’s children, Amanda Brown, Sydnee Johns, and Marcus Johns as attendants.