LOCK HAVEN - The unofficial results of the General Election are in and it appears Democrat Joel Long has defeated Republican Jeff Brinker for Lock Haven mayor. Long tallied 629 votes to Brinker's 588, though results are unofficial. There were approximately 13 write-in votes. If results hold ...

Republican challenger Cindy Love has unseated Democrat Marie Vilello for Clinton County prothonotary, unofficial results show. Love tallied 4,217 votes to Vilello's total of 3,721. The totals are based on all of the county's 34 precincts reporting but are unofficial. Only 7 write-in votes ...

MILL HALL — A family of five was fled with only the clothes on their backs Sunday as they fled their burning home at 114 Clinton Avenue in Mill Hall. Minutes later, the home of Mike and Heather Bingman and their three childen was destroyed. "There was no time to get anything. We got out... ...

By RICK KESSINGER rkessinger@lockhaven.com LOCK HAVEN — Due to the forecast of heavy rains today and tonight some municipalities in the area who planned trick or treating for tonight, have changed their trick or treat times to Friday or Saturday. The National Weather Service reports rain, ...

The National Weather Service has issued a Tornado Watch for Central Pennsylvania, effective until midnight tonight. A line of severe thunderstorms is expected to cross Central Pennsylvania, roughly between 5 and 10 p.m. today, Oct. 31. Some areas will see damaging wind gusts of 60 to 80 mph ...

Due to the forecast of heavy rains on Halloween, on Thursday Oct. 31, a few of our local municipalities will be moving their trick-or-treating to other days and times. The National Weather Service said rain, with thunderstorms, should start around 2 p.m. Thursday. Some of the storms could ... 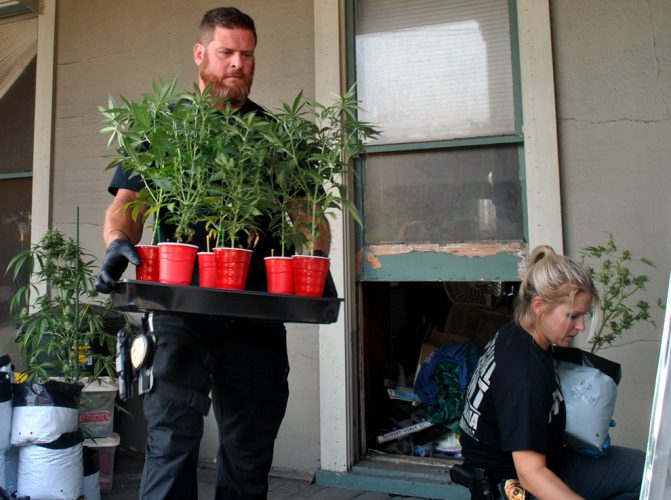 LOCK HAVEN - Officials from the State Attorney General's office confiscated a large amount of marijuana in various forms from the residence of David Nestlerode at 222 E. Water St., Lock Haven, this morning. Nestlerode was taken into custody after officers responded at the home with a search ... 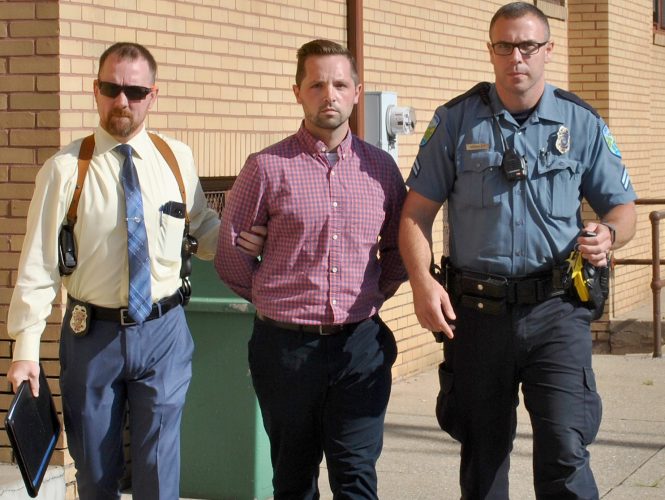 Accused rapist turns himself in

From Staff Reports LOCK HAVEN - Cole Gregory Black, who is accused of raping a 17-year-old girl, voluntarily turned himself in early Tuesday morning at the Lock Haven City Police Department. A warrant for Black's arrest was issued last Friday and saw him charged with rape, sexual assault, ...

The City and its sponsors have moved the tonight's concert featuring Big Willy from Triangle Park to The Elks Lodge on Main Street in downtown Lock Haven due to inclement weather.

BEVERLY, Mass. - After winning the state championship in Pennsylvania Friday, July 26, the Keystone (9-11) Little League team is currently participating in the "Tournament of Champions" in Beverly, Mass. The boys have already earned their first win with a 13-1 victory over New Jersey ...

LOCK HAVEN - The National Weather Service has issued a severe thunderstorm watch for Clinton County until 9 p.m. tonight. Strong to severe thunderstorms with gusty winds are possible this afternoon and evening. Some of the storms may make heavy rain and may lead to isolated flooding. 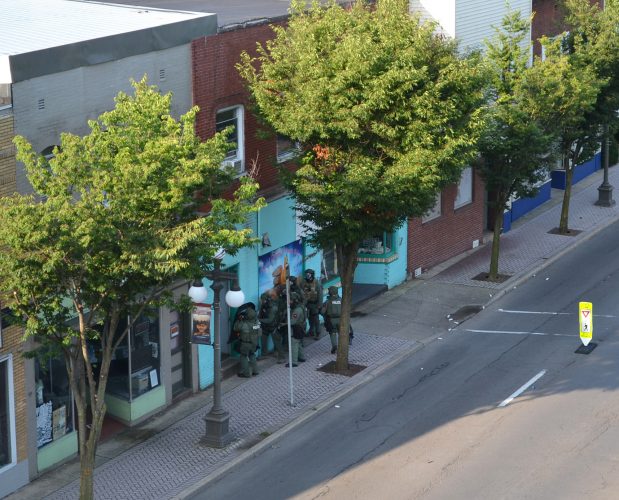 LOCK HAVEN - A police stand-off with a man in a downtown Lock Haven apartment ended at about 8 a.m. today after a SWAT team rammed the door and entered the building on Bellefonte Avenue and found the man dead. Lock Haven City Police Chief Kristin Smith said Thomas Matthews died of a ...

Central Pennsylvania is experiencing some of the hottest weather we have been witness to this year. The higher than normal temperatures along with unusually high humidity levels have prompted the National Weather Service in State College to issue Excessive Heat Warnings to much of the area. ...

Due to the high temperatures today, the Biscuit Jams concert scheduled for 6p.m. tonight has been moved to the Elks!

BEECH CREEK - The Keystone Intermediate (13 year olds) Team will play for the state championship at 11 a.m. Saturday at the Blaine Kunes Memorial Field in Beech Creek.