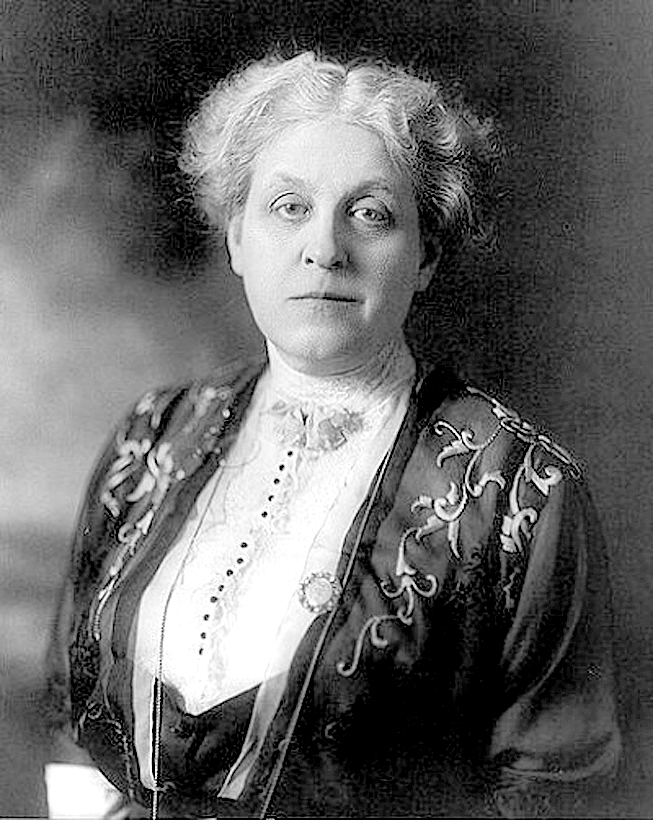 Editor’s Note: This is another in a series of articles on women’s suffrage. The articles will be published in The Express throughout the coming year, leading up to the 100th anniversary of women’s suffrage in the United States on August 26, 2020.

The life of Carrie Chapman Catt is a ­­narrative of a woman who reached beyond the accepted norms in the 19th and early 20th century. Born Carrie Lane on Jan. 9, 1859 to Lucius and Mary Clinton Lane in Ripon, Wisc., Carrie and her family moved to a farm near Charles City, Iowa when she was seven.

Despite objections from her father, who could not afford to give her much financial support, she enrolled at Iowa State College upon graduation from high school. She supported herself by washing dishes and working in the school library, and her activism had its first awakening through starting an all-girl debate club and questioning why women were excluded from participating in military drills. In November 1880 she earned a Bachelor of Science degree and was the only female in that graduating class.

Carrie worked as a law clerk, taught school, became a high school principal in Mason City, Iowa and was appointed Superintendent of Schools, a ground- breaking role for women at that time.

Her first marriage to Leo Chapman was also a business partnership as they co-edited a newspaper until his death from typhoid one year later. That is when she joined the Iowa Woman Suffrage Association, became a dynamic speaker for suffrage and served as a delegate to the new National American Suffrage Association (NAWSA).

Her second marriage to George Catt in 1890 began with a pre-nuptial contract that guaranteed her two months in spring and two months in fall to work on suffrage issues for women. He not only supported her work during his lifetime but on his death left her with the resources for a lifetime of political activism.

By 1900 Carrie Chapman Catt was the successor to 80-year-old Susan B. Anthony, and they worked together to make suffrage a global battle by organizing the International Woman’s Suffrage Association in 1902. She interrupted her work to care for her ailing husband who died in 1905. She resumed her activism, and her strategic leadership was needed to redirect a divided NAWSA. Another suffragist, Alice Paul, wanted a Constitutional amendment on the federal level first, but Catt argued suffrage at the state level would pave the way and strengthen the argument for a federal Constitutional amendment. Paul and her supporters left the NAWSA to form the National Woman’s Party. Although Catt and Paul had differing viewpoints, both women ultimately contributed to the end result — votes for women.

It was factual, calm, progressive and non-radical leadership by Catt that led President Wilson to support the idea of a Constitutional amendment securing suffrage for women. Upon the passing of the 19th Amendment, Catt and others established the League of Women Voters to educate women about how to use their newly won franchise.

Catt continued to speak on behalf of working women and children, lobbied for Jewish refugee relief and organized the National Conference on the Cause and Cure of War. One of her last public acts was to support the founding of the United Nations prior to her death in New Rochelle, New York in 1947. Hers was certainly a life well lived in service to her gender and her country.

Banks need to be fully open!