TIM WEIGHT / THE EXPRESS Blaine Walizer, a sophomore at Sugar Valley Rural Charter School, delivered an impassioned speech to the members of the Keystone Central School Board last night regarding the fate of his school.

TIM WEIGHT / THE EXPRESS The nine members of the Keystone Central School Board heard from an independent consultant and from members of the public before casting their votes. 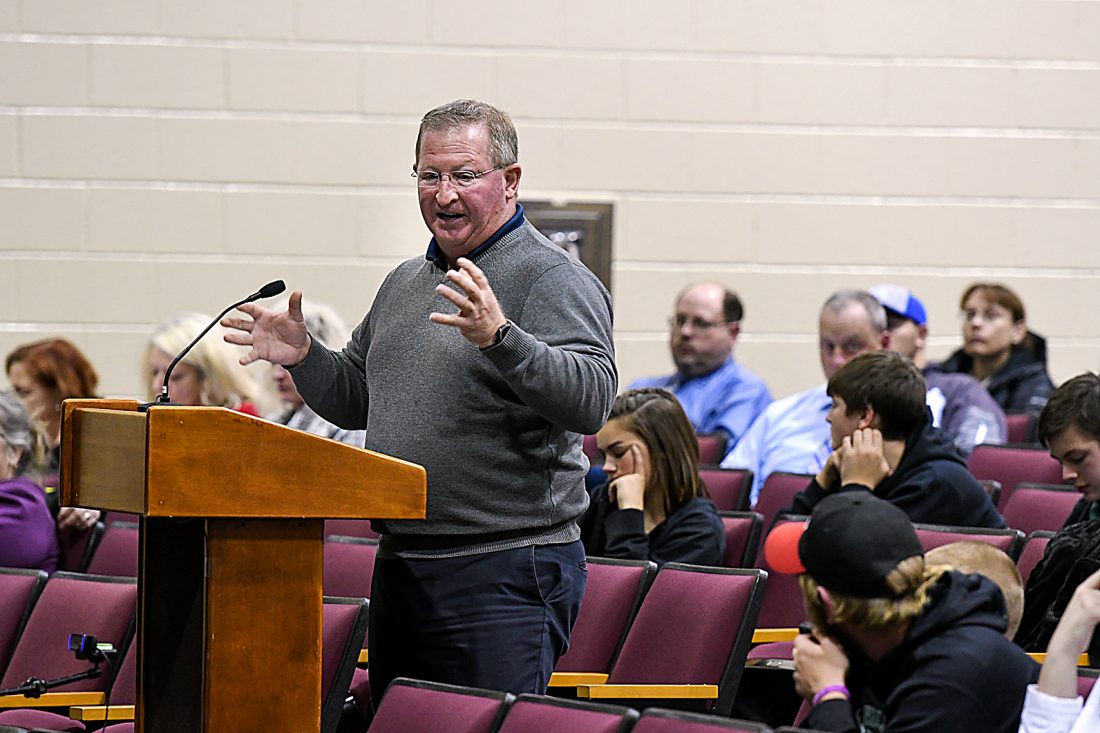 MILL HALL — It was an emotional evening at Central Mountain High School.

More than 100 people — most clad in the green and white of Sugar Valley — packed the auditorium to learn the fate of the Sugar Valley Rural Charter School. In the end, the Keystone Central school board voted not to renew the charter with Sugar Valley by virtue of a 7-1 vote. Voting against renewing the charter were: board president Boise “Bo” Miller, board vice-president Roger Elling along with board members Elisabeth Lynch, Eric Probert, Charlie Rosamilia, Wayne Koch and Tracy Smith. Polly Donahay was the lone yes vote, while Deborah Smith had to leave the meeting due to illness.

The renewal would have been for a period of five years.

The night began with public comment. More than a dozen people — students, parents and teachers — spoke in favor of renewing the charter. Following the public comment, Harry Mathias gave a PowerPoint presentation about Sugar Valley Rural Charter School. Mathias is an independent consultant hired by the district to conduct a comprehensive report. Over the course of 90-plus minutes, Mathias dove into the school’s finances, attendance records and student performance. Mathias was the superintendent of the Central Columbia School District from 2000 to 2019, who retired in June.

TIM WEIGHT / THE EXPRESS The nine members of the Keystone Central School Board heard from an independent consultant and from members of the public before casting their votes.

“That’s startling to me,” she said, “how they can drop that significantly.”

There were similar results in the Keystone Exams from 2015 through 2018. 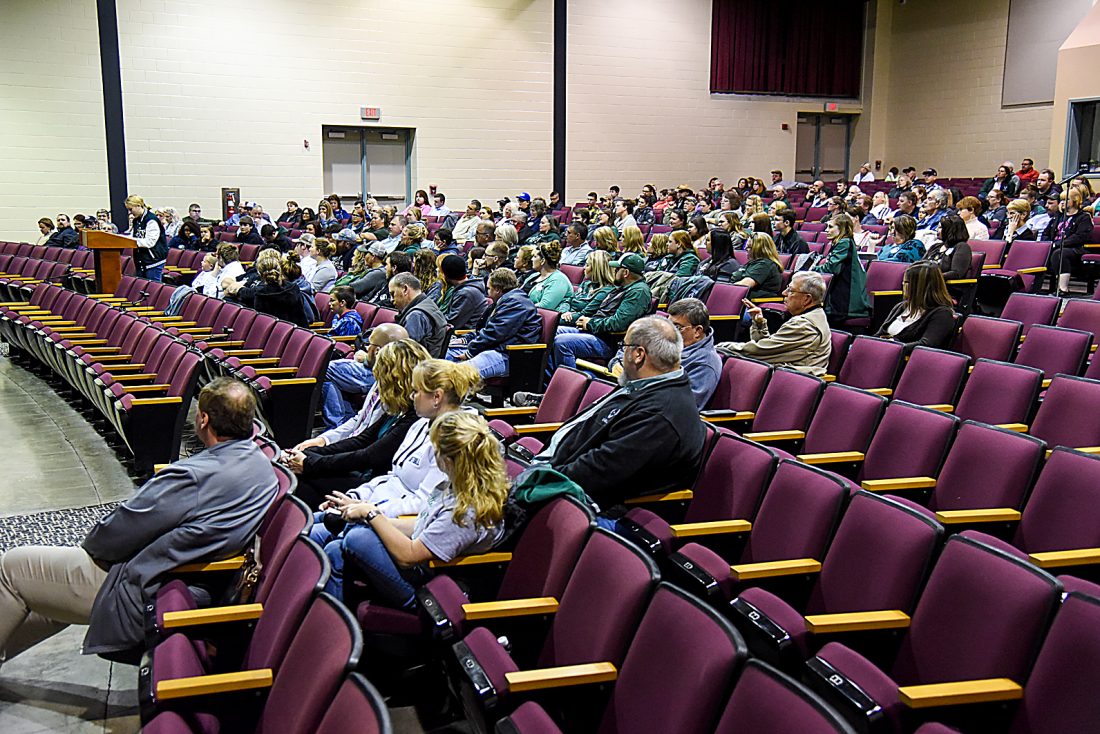 Mathias also said there were some red flags with the Sugar Valley Rural Charter School’s budget.

“The uncommitted or unassigned reserve fund balance (which) amounts as part of the total budget, since 2015-16 exceeds the percentages recommended or allowed by public school districts in Pennsylvania,” Mathias said.

The Sugar Valley Rural Charter School was established in 1999 when the original charter was approved by the Pennsylvania Department of Education. SVRCS is a public school option available at no cost to families and is located within the Keystone Central School District.

In 2015, the charter for Sugar Valley Rural Charter School was denied by a 7-2 vote. At that time, Elling and Deborah Smith were the two votes to approve the charter. Rosamilia and Koch both voted to deny the charter in 2015. The renewal effort was not finalized until the middle of 2016 when the board approved it by a narrow 5-4 vote.

The charter school’s budget is comprised of approximately 96 local revenue sources, which are received through tuition that is charged to the home district of the students who attend. Information provided by the district last week shows that KCSD paid more than $6.6 million for nearly 400 students in the KCSD attendance area to attend SVRCS in the 2018-19 school year.

The board will meet again tonight for a special voting meeting at 6 p.m. at the Central Mountain High School auditorium. That will be followed by its regular work session, starting at 7.