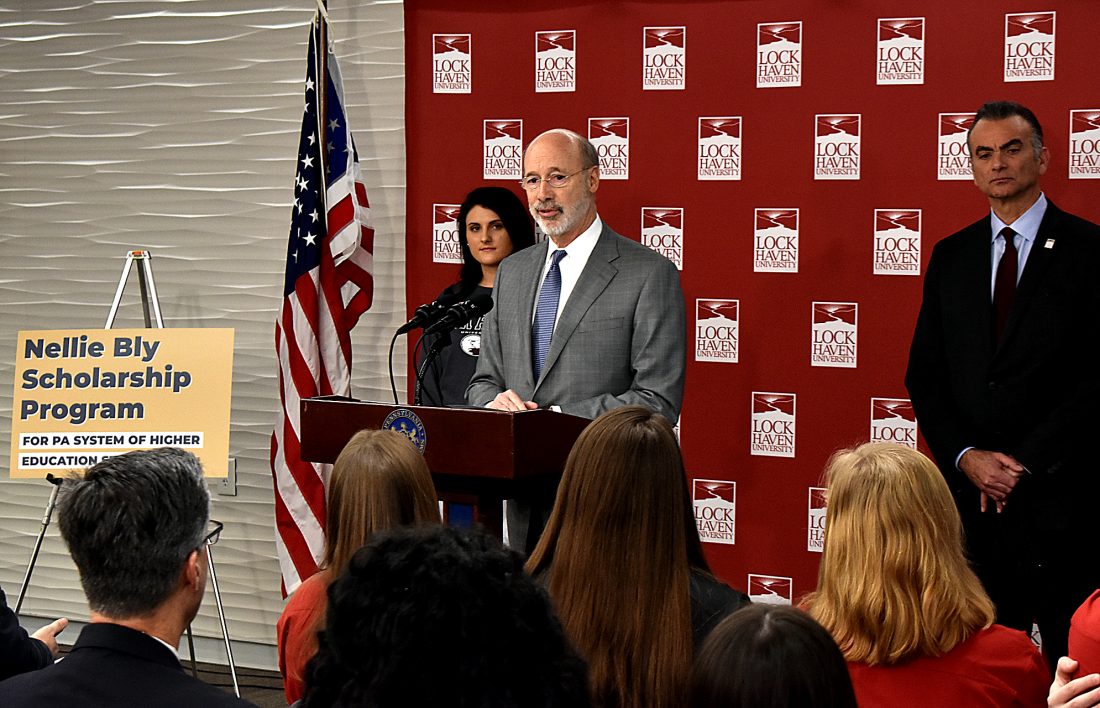 On Wednesday, Wolf unveiled the Nellie Bly Scholarship Program, which will provide Pennsylvania students with roughly $204 million in need-based scholarships. To fund it, Wolf has proposed repurposing The Horse Racing Development Fund.

“That’s a $250 million fund,” Wolf said while speaking at Lock Haven University’s Parsons Union Building. “I’m proposing $204 million taken from that. That leaves just a little less than $50 million in that fund.”

Wolf said that he plans on including the program in the upcoming budget.

“The budget is due at the end of June. The last two years, we have actually brought the budget in early. We’re hoping that by the start of next school year, the funds will be available,” Wolf said. “I see this as a start.”

Wolf cited one of Pennsylvania’s neighboring states as an example of why the Commonwealth can trim into the Horse Racing Development Fund and still make it work.

Meanwhile, the Pennsylvania Equine Coalition responded with a news release that was sent to media outlets throughout the state Wednesday morning. The release said that Wolf’s plan would result in the end of horse breeding and racing in the state, putting more that 20,000 residents out of work, eliminate an industry that delivers a $1.6 billion impact each year and jeopardize hundreds of thousands of acres of open space.

“You don’t rob hard-working families to give money away to those who have not earned it,” Randy Brungard said in the release. “The Governor’s proposal would bankrupt family-owned farms and leave as many as 20,000 hard-working individuals and their families without jobs. People don’t understand how big of an impact this would have on our state’s economy, or what it will do to countless Pennsylvania families, farms and small businesses.”

Brungard’s family owns the 360-acre Brungard Farm in Howard, which is located in Centre County.

“There’s a pool of money here. We have to start somewhere. We know that it’s going to take a lot of money to do this. Where do we have it? Here, a pool of money. You can bet there are people who have been benefiting from that pool since 2004 … this is really important. Not just for a handful of people, but for all of Pennsylvania.”