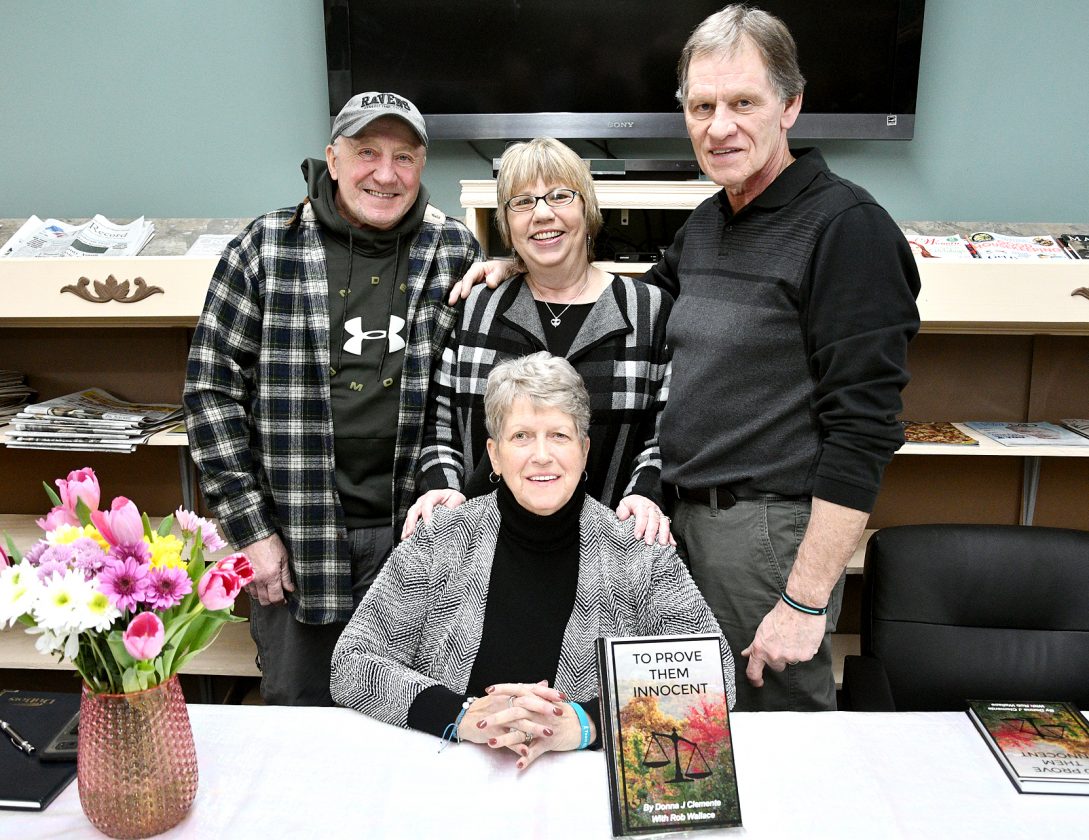 KEVIN RAUCH/THE EXPRESS Author Donna Clemente was joined by several special guests Saturday at the Renovo Area Public Library as she was signing copies of her book “To Prove Them Innocent”. Standing behind Donna are, from left, Chuck Nihart, his wife Kelly and Donna’s husband, Tom.

RENOBO — Author Donna Clemente was all smiles Saturday at the Renovo Area Public Library, as the library hosted a book signing that certainly exceeded all expectations.

There was a constant line of more than 100 friends, family, residents and others who stopped by to congratulate Donna and get their copy of her book, “To Prove Them Innocent,” signed.

And Chuck Nihart was there, too. 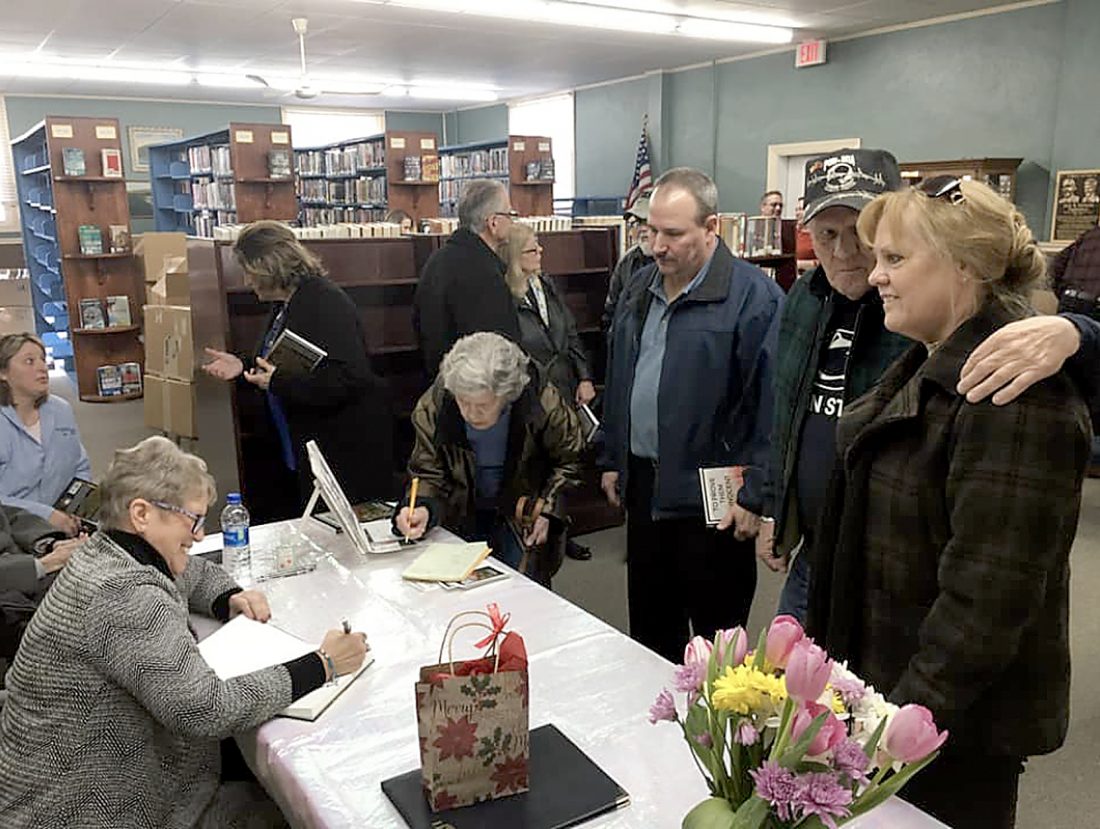 KEVIN RAUCH/THE EXPRESS Donna Clemente signed dozens of copies of her book on Saturday at the Renovo Area Public Library.

Nihart is one of three men who Donna and her friend Neady Sockman worked for 10 years to prove innocent after they were convicted of rape and imprisoned.

Her book tells the remarkable story of that long fight to free these men and the strong support they gained from the community.

The support came in large part to Clemente and Sockman’s living room detective work that would eventually draw the eyes of the nation to the Lycoming County Courthouse where freedom finally prevailed.

There were plenty of smiles on Saturday, but also tears and even anger from those involved in the case that started over 30 years ago.It was painfully evident by some that such a miscarriage of justice still draws resentment that their voices were ignored.

Those 33 years of emotion were evident on Nihart’s face and tears filled his eyes often as he talked with Donna and thanked her for what she did.

It wasn’t easy for Nihart to attend the event, but he insisted it was something he wouldn’t miss.

“I feel like I owe my life to Donna. We wouldn’t have gotten out had she not set out to do what she and Neady did for us,” said Nihart, who made a visit to Clemente’s home following the book’s recent release.

Perhaps surprising to some, Nihart said that he decided years ago to forgive everyone involved on all sides of the case.

“It would have just continued to make me sick inside. I had to let it go. The one thing that does still bother me is the time I missed with my kids. There’s no getting that back,” Nihart said.

Chuck and his wife Kelly started dating after the three were released from prison after being granted a new trial in 1992. Although she was around for the case’s conclusion in 1998, she said the book taught her many things that she didn’t know about the original trial.

“Not only did I learn so much, but I know a couple of Chuck’s kids have said the same thing. They were too young to know what had happened,” Kelly explained.

“As far as Donna goes, I know the entire Nihart family feels like they owe her the world. Who’d have thought that by Tom (Clemente’s husband) saying that ‘we need to help my friend,’ it would consume her and her family’s life for the next 10 years,” Kelly said.

Kelly said she knows it’s been too difficult for her husband to read the entire book.

And not all who were with Nihart on the night in question have taken his level of forgiveness, she said.

“Some shake their heads, others relay downright dismay and distrust to this day in the courts,” Kelly added.

Renovo Librarian Barb Rauch said, “It was certainly the best turnout we have ever had at the ibrary for a book signing. Donna’s book has created quite a buzz here, whether it be out of curiosity or support for all of those involved from the Renovo area.” 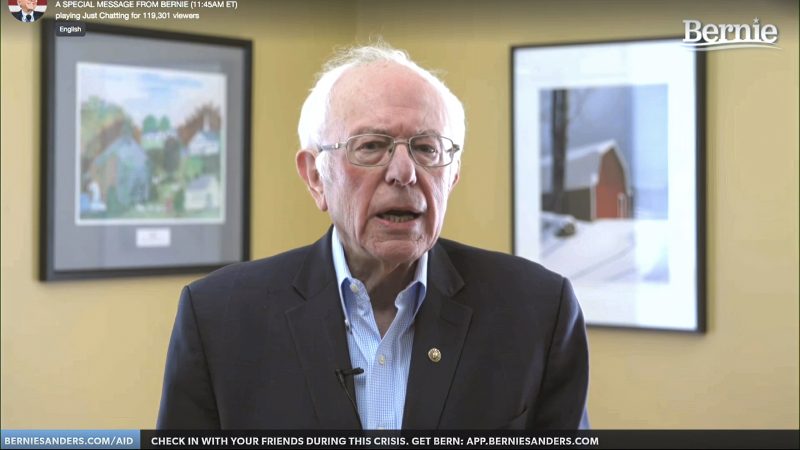