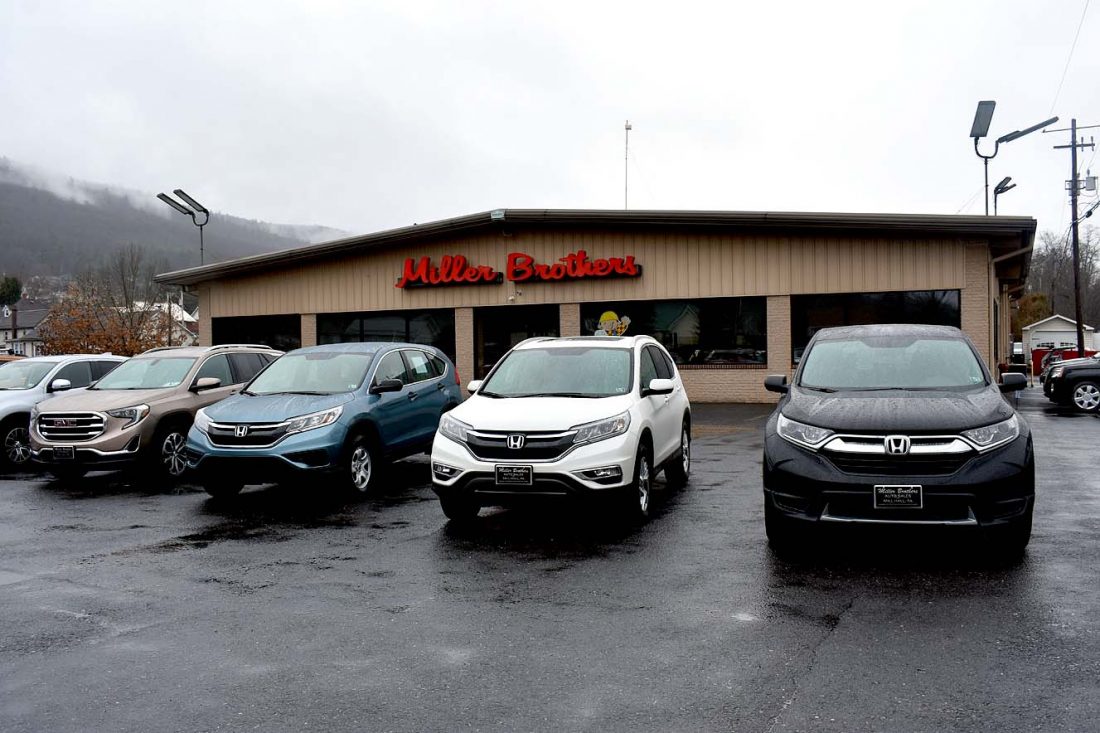 LAURA JAMESON / THE EXPRESS The front of Miller Brothers, located at 1 S. Water St., Mill Hall, where a variety of cars can be seen.

From fathers to sons, brothers to wives and all the staff in between – they work in some aspect of the auto business. The wheels, so to speak, keep moving for the family.

“If anyone hears the name Miller around here, they (often) associate it with something that has wheels on it,” Bob Miller, owner and president, said. 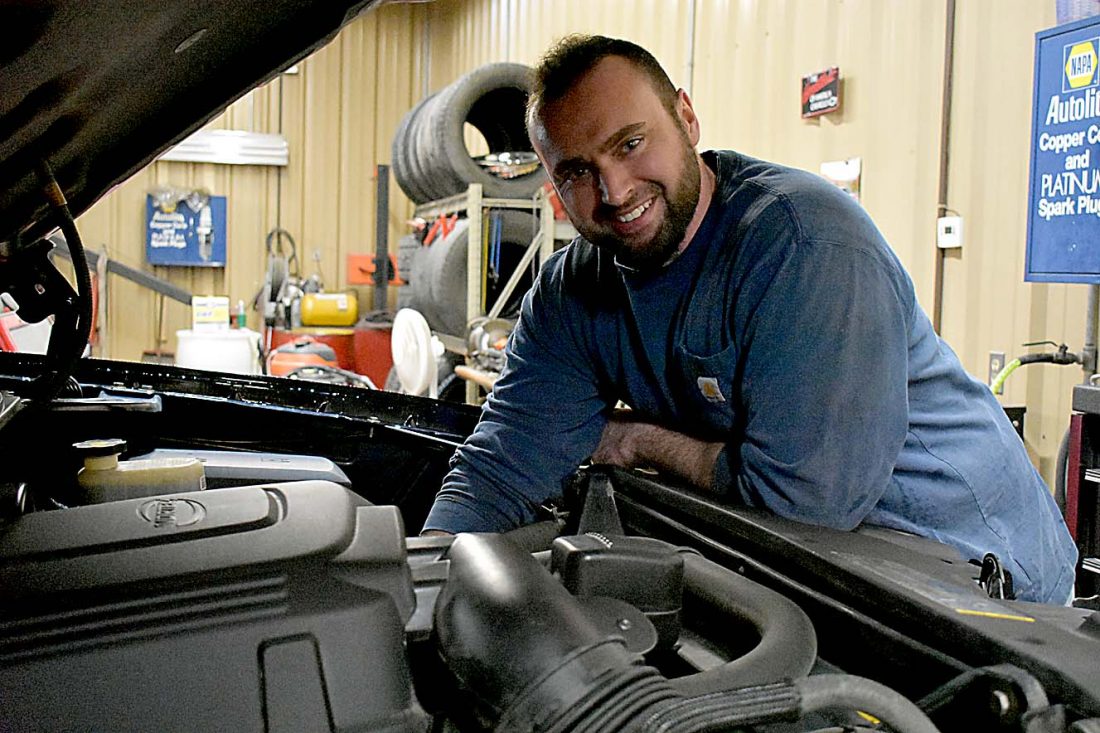 He also knows what it means to not just be a business in a community, but what it takes to be part of that community.

It all started with Grant Miller – Bob’s father – who began working for a local Ford dealer in the early 60s. After having some time under his belt there, he broke out on his own and started a used car lot – More Car Motors.

His brother Bill, who now has the RV business next door, began at Miller Brothers with Bob at this current location in 1982.

“And we have been here since, this used to be a gas station,” he said. 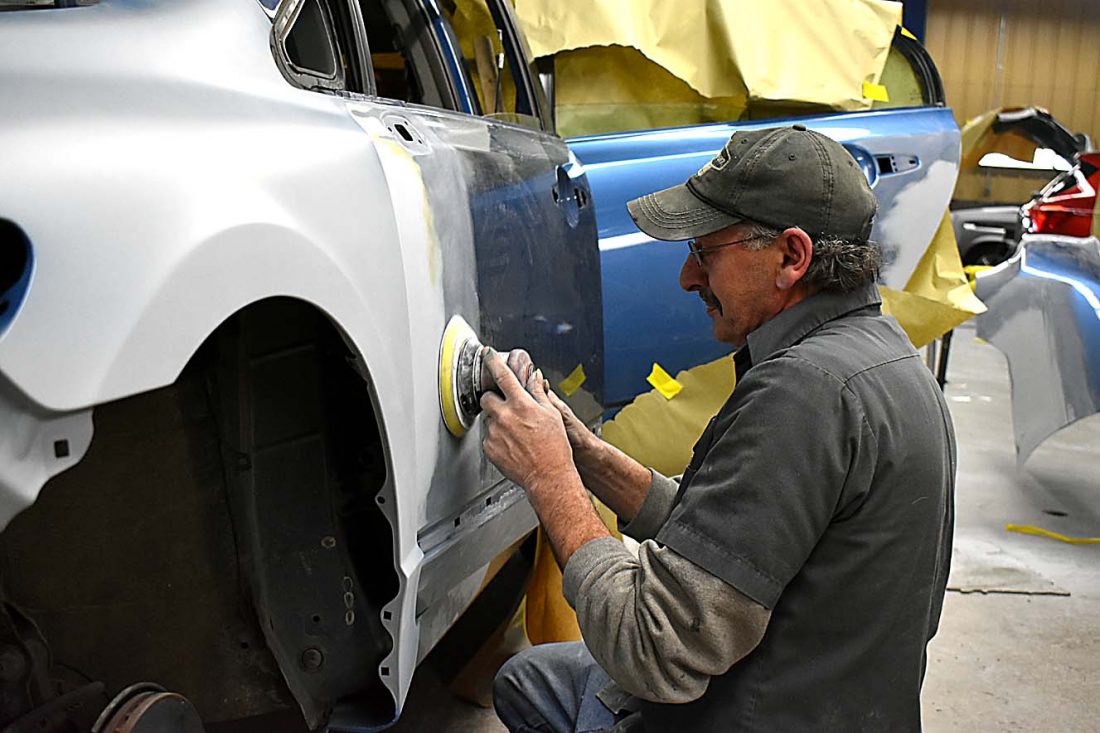 From the beginning it’s the love of cars that has kept the Millers not just “in” business, but “in the business.”

“I wouldn’t know what else to do. It is what we … I have done all my life. I have never worked for anyone else but my dad,” Bob said. “I just never wanted to do anything different.”

Even though Grant isn’t running the dealership, he still “makes his rounds” when he is here, and Bob said, he is a pretty sharp guy at 85, and he still listens to the advice he doles out.

Bob said they have about 85 percent repeat business – and Bob said he hopes it’s because they treat those that come in with great service.

“That is one of our selling points and everyone knows that here. Anyone can come in here, with a complaint or a question – they can talk to anyone here – and everyone knows they will take care of them even if you didn’t sell them a car or buy a car from us,” Bob said. “We don’t want people to be standing there. A first impression is a big deal.”

Being part of the community, not just on the business side of things, is important to Miller Brothers. They have been involved in a lot, for a long time and that plays a big role here. Helping the local schools, volunteering time to coach sports like Bob’s son Kyle does – Bob said makes a difference. Donating to groups, nonprofits and events is also important.

“When people want us to donate to this and that, we have always tried to that,” Bob said

For going on about two years now, they have a rental car company. Something that the business noticed was needed and that may lack a little in the area.

“I noted that there was a need for it in this town and I noticed from the body shop that there wasn’t enough rental cars. We added more from the five we started with. We now have 14,” he said.

The classics aren’t a thing of the past here. Miller Brothers not only sell classic cars but the family collects them.

“We mess around with stuff like that. We have sold cars locally, but also sold in Austria, Dubia,” he said.