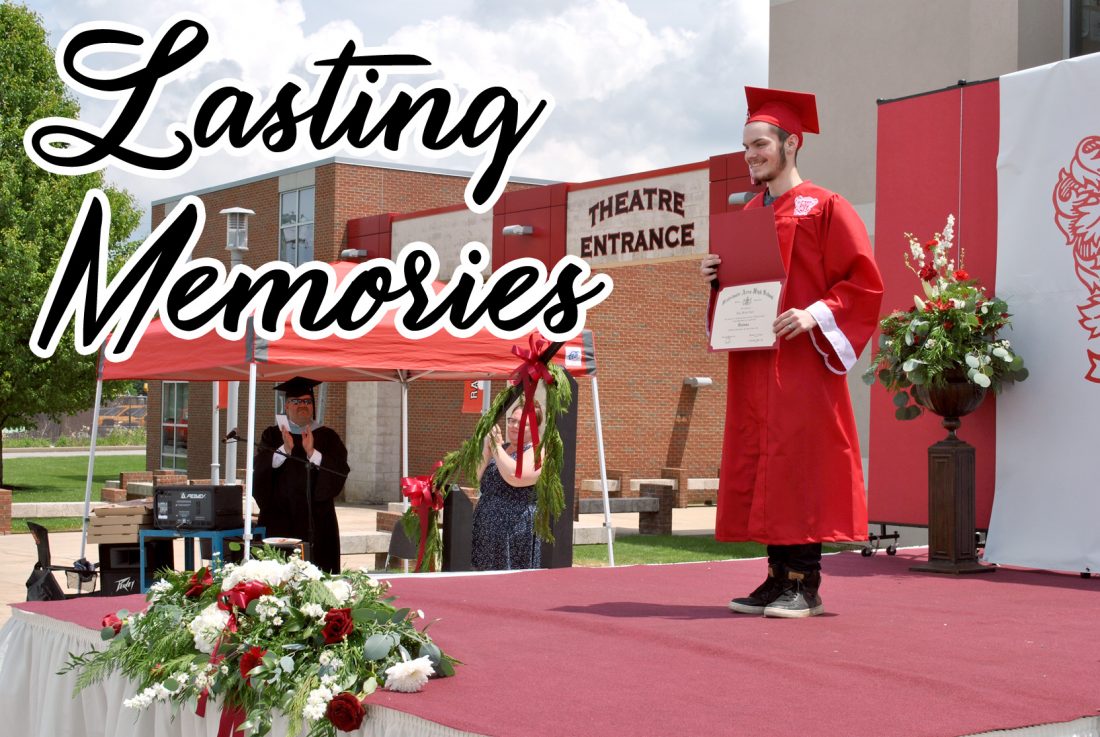 BELLEFONTE — Under a sun-splashed sky at Bellefonte Area High School on Friday afternoon, the district celebrated its Class of 2020.

The COVID-19 pandemic put a damper on the academic year, of course, as schools throughout the Commonwealth have been closed since mid-March. However, after Centre County turned green last week, small gatherings became a reality. On Friday, Bellefonte made the most of it.

The district opted for a non-traditional ceremony, with two stages set up at the high school. At the school’s main entrance, principal Michael Fedisson and senior class co-adviser Carla Cipro greeted graduates and announced names. At the school’s theatre entrance, vice-principal Daniel Park and senior class co-adviser Ashlie Crosson did the same. Students and their families selected a time slot, drove up, picked up their diploma and posed for photos. Time slots were made available from 10 a.m. through 8 p.m.

“The day has gone really well,” Fedisson said during a short lull in the action. “The weather has held out, the flow has been great. Families have had a little bit of extra time to talk, take a moment and take a few extra pictures. It’s really gone as well as we could have hoped.”

There was a plethora of teachers, administrators, custodial staff and the Bellefonte Police Department to make certain everything ran smoothly.

According to Crosson, while the ceremony wasn’t ideal, the district made the best of a bad situation.

“At a traditional ceremony, you get 10 seconds and parents are 50 yards away,” Crosson said. “So this has been really nice. The families have been very appreciative.” 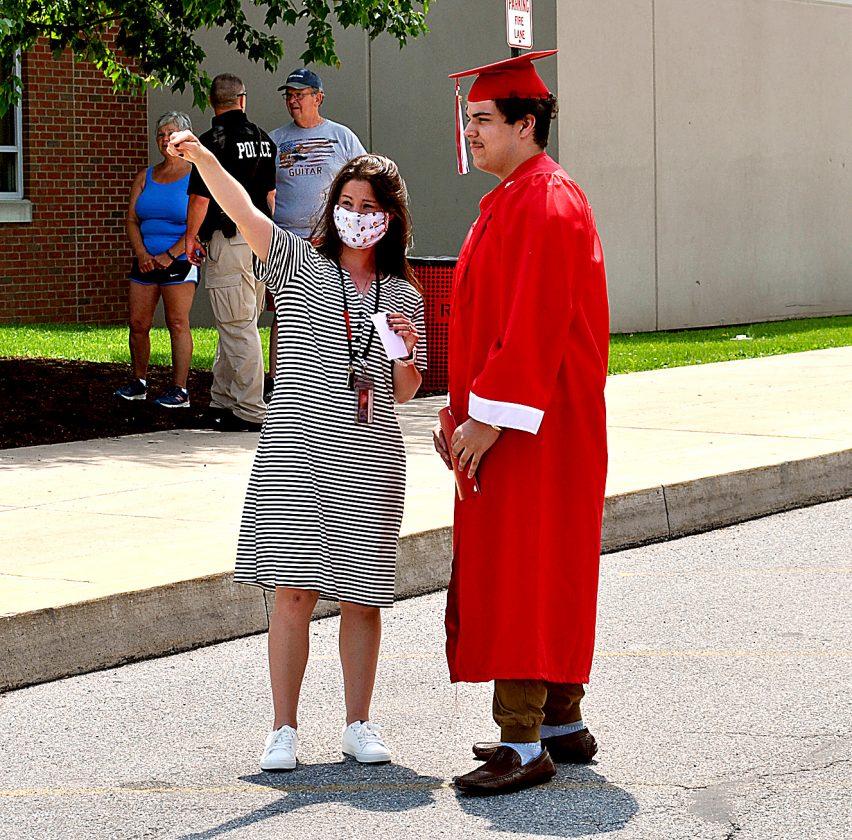 The non-traditional ceremony eliminated some graduation standards, such as speeches from the principal, superintendent, class president, salutatorian and valedictorian. Those speeches were instead put into a video, which was produced by Cipro and put on the district’s YouTube page and website Friday night.

According to Cipro, there are a total of three videos honoring the Class of 2020.

“One was a staff goodbye video, one was a friend collage video and the last one is the graduation ceremony,” Cipro explained. “I put almost 90 hours into making all three videos … a lot of time.”

For Cipro, though, it was truly a labor of love.

“I enjoyed it, but it’s hard to work from home when you have a small child,” said Cipro, who has a 20-month-old daughter. “But my husband did a very nice job of being the babysitter during this last week when I put in a lot of time.”

After receiving their diplomas, graduates posed for photos and then drove off. Families honked horns and a group of teachers cheered as graduates headed toward Bishop Street.

Max Kroell, a graduate of Bellefonte’s Class of 2019 and a current school board member, was among those cheering on the graduates.

“I just wanted to support the Class of 2020. They’re losing their graduation,” Kroell said. “They really deserve all the support they can get. I just came out to cheer. It breaks my heart that it’s not a traditional graduation. But it’s special to be out here cheering them on and showing them just how much they’re appreciated for all they did.”

Banks need to be fully open!