Guest speaker to discuss positive light of Judaism in Christianity 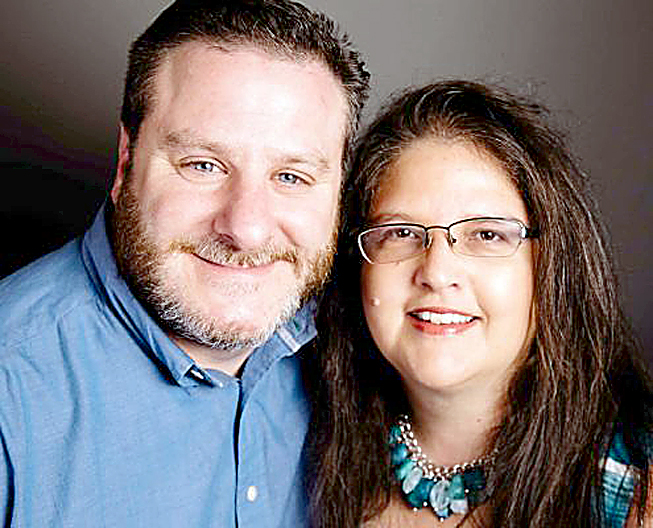 Unfortunately, institutional “churchianity” has been guilty at times of anti-semitism and gross mistreatment of Jewish people over the centuries. Regrettably, historic Christendom has also at times defended anti-semitic acts and attitudes, as well as demonization of the Jewish people, using biased interpretations of the New Testament.

Writers such as Johnathan Grieser, wrote, “Though Christianity began as a movement within Judaism and a movement that sought to maintain a Jewish identity at its center, its theological and institutional development was shaped by anti-Judaism.”

Consequently, many Jewish people were raised to believe that Jesus and Christianity are enemies of the Jewish people. Hauben states, “because of my upbringing, I was raised with these same prejudices and believed that Jesus and Judaism were opposites at their cores.”

Hauben will counter these concepts, as well as respond to passages in Scripture that have been misconstrued, in a program centered around “Antisemitism and the Gospel of Jesus Christ” at First Baptist, located at the corner of Church and Vesper streets here in Lock Haven.

“The terrible history of ‘Christian’ persecution of the Jewish people resulted in part from those who did not take the words of Scripture and the message of Jesus to heart,” said Hauben.

Hauben was raised in a traditional Reform Jewish home. He celebrated Jewish holidays, attended Hebrew school, had a Bar Mitzvah, and participated in Jewish camps and other traditional activities. And, because he mistakenly thought that the New Testament was anti-Jewish, he never read it. Yet, on April 6, 1997 when he was 25 years old, Hauben read the New Testament for the first time, and was amazed “how Jewish it was.”

On that day Jesus and Judaism came together for Hauben when he prayed to receive Jesus as his Jewish Messiah and Savior. Hauben says that he “cried out to the Lord and believed that He sent Jesus as a sacrifice for sin in his place and received the miracle of forgiveness of sin.”

Hauben soon realized how the New Testament is a Jewish book, written almost entirely by Jewish people, about the life and teachings of the Jewish Messiah. He talks about how if Jesus truly fulfilled all of the messianic prophecies that were written by the Jewish prophets in the Hebrew scriptures, then it must be the true Jewish fulfillment.

When God graciously revealed Himself and saved Hauben, he became a Jewish born-again believer and entered into a peace/shalom relationship with the Jesus, the promised Jewish Messiah. His story and 100 more like his can be viewed at https://ifoundshalom.com/ari-hauben/

“God opened up my eyes that Jesus is the Jewish Messiah who fulfills all different kinds of messianic prophecies,” said Hauben.

When asked as to what specifically that means he said, “Many of the Jewish leaders of Jesus’s day did not recognize that Jesus was fulfilling certain kinds of messianic prophecy. Most Jewish people were focusing just on the Messianic prophecies in the Hebrew Scriptures (Old Testament) that foretold of a coming conquering king. It was so ingrained into Jewish expectations of a coming Messiah King, that even the twelve disciples of Jesus, asked him about it forty days after his resurrection in Acts 1:6, “Lord, will you at this time restore the Kingdom to Israel?” But God also prophesied that the Messiah would first be a suffering Savior and sacrifice, as highlighted in the book of Isaiah chapter 53.” Jesus told them that kingdom was coming but that the plan of God was first for the Messiah to come and be a sin substitute on our behalf. First, the Messiah would come to remove our heart of stone and the consequences of our sin, forgive us our sin, and in exchange give us His Spirit. Then, Jesus will come again to fulfill all of the other prophecies about the reigning King.

Hauben serves with Chosen People Ministries in the Greater Philadelphia area to reach Jewish people with the Good News about the Jewish Messiah. Also, he educates and equips fellow believers how to share about Jesus in effective and appropriate ways that can touch and reach the heart of Jewish people.

Hauben invites everyone to come hear him, as he examines what the New Testament teaches, and discusses how “the gospel of Jesus the Messiah is not only not antisemitic, but moreso it is the most pro-Jewish concept ever introduced into the world!”

In stressing the Jewish roots of Christian faith, the organization hopes to help Christian believers achieve a greater appreciation of the Jewish basis of their own faith traditions. In addition, they seek to make the message of salvation through Jesus, the Jewish Messiah, more accessible and understandable to God’s chosen people.

Members of the Christian and Jewish communities are encouraged to attend this program Sunday night, March 15 at 6 p.m. For more information call Pastor Doug Packard at the First Baptist office 570-748-3744.

Although all churches in our area have canceled services inside the church buildings, some have found a way to ...

By REV. BRYON REYNOLDS The title word “Invictus” conjures up all sorts of images. One might think of a ...