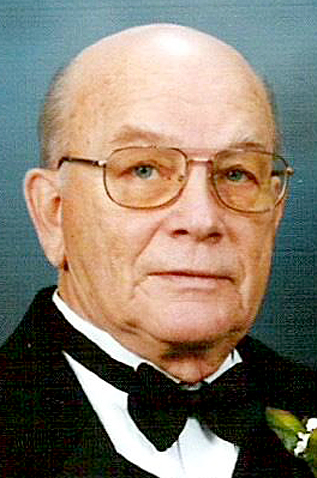 Kenneth “Skip” Lawrence Herman, passed away on Saturday, May 16, 2020 at the Manor Care, Jersey Shore, from complications from COVID-19.

He was born on Nov. 16, 1929 in Jersey Shore and was the son of the late Ellery “Pete” Charles Herman and Kathryn (Hart) Herman.

Kenneth married the late Joann M. Herman on March 18, 1951. His children are Kay Herman of Warren, Ohio and Rev. Dr. Karl Herman (his wife Dustie) of Chambersburg, PA. There are two grandchildren, Sophia and Logan.

Kenneth graduated from Jersey Shore High School in 1947. During high school he was active in sports. After serving two years active service in the United States Air Force during the Korean War, he completed 12 years in the Air Force Reserve. He then completed his bachelor’s degree in elementary and special education, also earning later a master’s degree in education. He worked for the New York Central Railroad for six years during which he served an apprenticeship as a diesel electrician. After the railroad shops closed, he worked for the Intermediate Unit 17 as a special education teacher. His 35 years of service was spent in the Jersey Shore Area School System.

Kenneth was a member of Trinity United Methodist Church, Jersey Shore. He served in several capacities in the Methodist Conference and during the 1960’s he was district director of lay speakers.

Kenneth was a member of the LaBelle Valley Lodge # 232, Jersey Shore. He served as Worshipful Master in 1969. He was also a member of the Scottish Rite, Valley of Williamsport.

Ken traveled to Mexico, several provinces of Canada, several nations in Europe and every state of the USA except Alaska.

Burial will be in Jersey Shore Cemetery.

There will be a memorial service held at a later date and time.

Arrangements are being handled by the Rearick-Carpenter Funeral Home, 1002 Allegheny St., Jersey Shore.