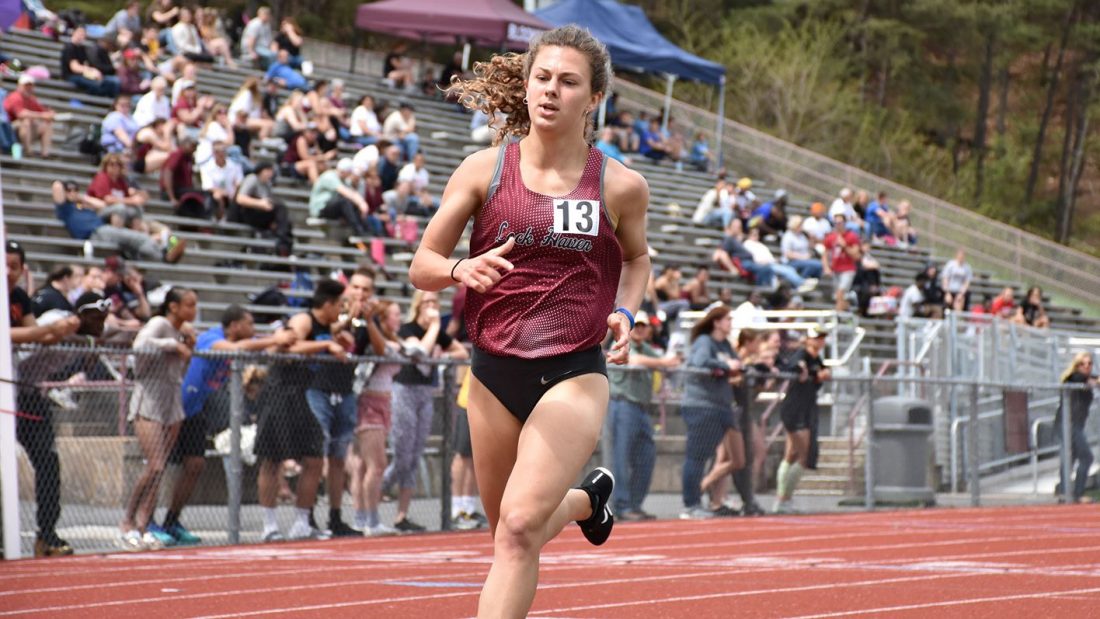 Moyer ran to a school record at 1,000-meters to open the day and she returned to action late in the day to bookend her record-breaking day with a dazzling effort in the 3,000-meter run.

LHU prepped for the postseason with a number of Pennsylvania State Athletic Conference (PSAC) championship qualifying marks and standout-jumper Karina Long (Hummelstown, Pa./Lower Dauphin) soared to a season-best mark in the long jump.

Moyer, the Bald Eagles mid-distance and distance standout, prepped for the postseason in a big way, thanks to a dominating effort in the 1,000-meter run. She was third overall and the top Division II finisher in the a race that saw her run 2:57.61 and break her own school record, which she established last season in the event. Moyer was third out of 14 total runners in the event.

Moyer capped a sensational day with a second school record, this time at 3,000-meters. Her time of 9.58.79 broke a nine-year old school record. The top Division II finisher in the field, she was second out of 27-plus runners. The time just missed the NCAA DII provisional championship standard and is the No. 2 mark this season in the PSAC.

Moyer, Long and the rest of the Bald Eagles used Saturday’s meet to tune up for next weekend’s PSAC Championships.

Riyana Owens (Red Lion, Pa./Dallastown) turned in another fine effort in the 60-meter dash. She ran a PSAC mark of 7.87 and was fifth overall. Ana Concepcion (Allentown, Pa./Louis E. Dieruff) finished 13th in the 60 with a time of 8.06, which narrowly missed her season-best mark and a PSAC qualifying time. In the same event (60m), Kayla Brathwaite (Arouca, Trinidad & Tobago/Bishop Anstey East) ran 8.25 (22nd).

Brathwaite came back and ran well at 400 meters, finishing eighth overall with a time of 1:00.73. The time – a PSAC mark – proved to be another fast late-season mark.

LHU is now focused on the postseason and the Bald Eagles will return to action at the conference championship meet. The 2019-20 PSAC Indoor Championships are set for this weekend (Saturday & Sunday, February 29 – March 1) at Edinboro University.