Fetterman’s listening tour of all 67 counties wrapped up in May.

“We’ve heard from Pennsylvanians who support, those who oppose, and those who are undecided. Everyone had a chance to share their views about the legalization of adult-use retail cannabis,” Fetterman said. “Not surprisingly, most people have an opinion and most of them are strong. You can’t tell how people feel about marijuana — or maybe even anything else — by how they look, talk, or dress. But with this tour, we’re seeing what everyday people believe about recreational marijuana.”

Marijuana being a gateway drug, whether it causes psychological changes that can lead to mental illness and preventing intoxicated drivers were primary concerns, Fetterman said.

Though Fetterman says, those in favor of legalization point out the disproportionate incarceration of people of color for marijuana-related offenses, that “potholes” can be fixed with “pot money,” using cash generated through legalization and that people who smoke marijuana should not be viewed as criminals, because “everyone is doing it anyway.”

“I think that this has affirmed my belief that Pennsylvanians want civil discourse on policy beliefs that they may or may not agree with. I also learned that a majority of people want it to be decriminalized and see expungement — it’s crazy to see someone’s record tarnished based on a simple non-violent offense involving marijuana,” he said. “People said they wanted separate medical and recreational programs. They said they wanted it grown on Pennsylvania farms to create Pennsylvania jobs, and taxed to benefit Pennsylvanians. The number-one choice was property tax relief and/or fixing the roads. Pot for potholes was the joke. They also don’t want it in your corner store, so you can’t just walk into a Wawa and get marijuana. People were interested in that state store approach. Without a doubt, I would say a base of 65 percent of all Pennsylvanians are in favor of legalizing recreational marijuana.”

Fetterman was charged with visiting all 67 counties and hearing what residents had to say about legalizing recreational marijuana and then preparing a report on his findings for Gov. Tom Wolf and residents of the state.

BELLEFONTE — Centre County is getting a piece of the pie. The county will receive $14.7 million from ... 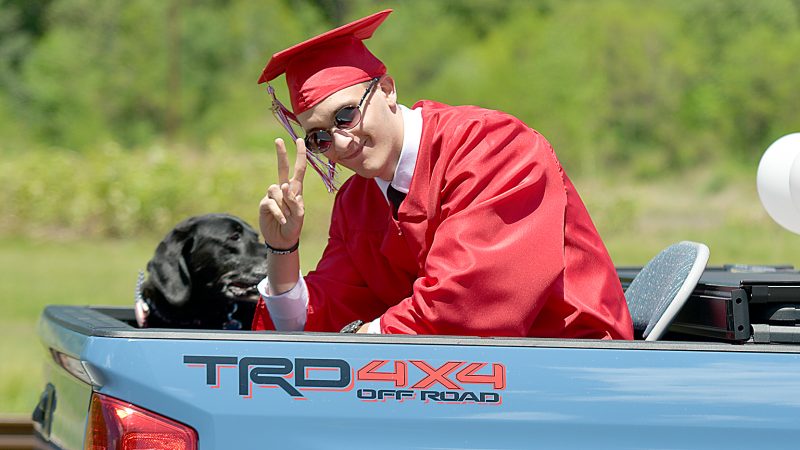 LOCK HAVEN — Our world has been turned upside down in the past few months as the coronavirus pandemic has ...

LOCK HAVEN — An employee at the Lock Haven Weis Market has tested positive for COVID-19. “We can confirm a ...