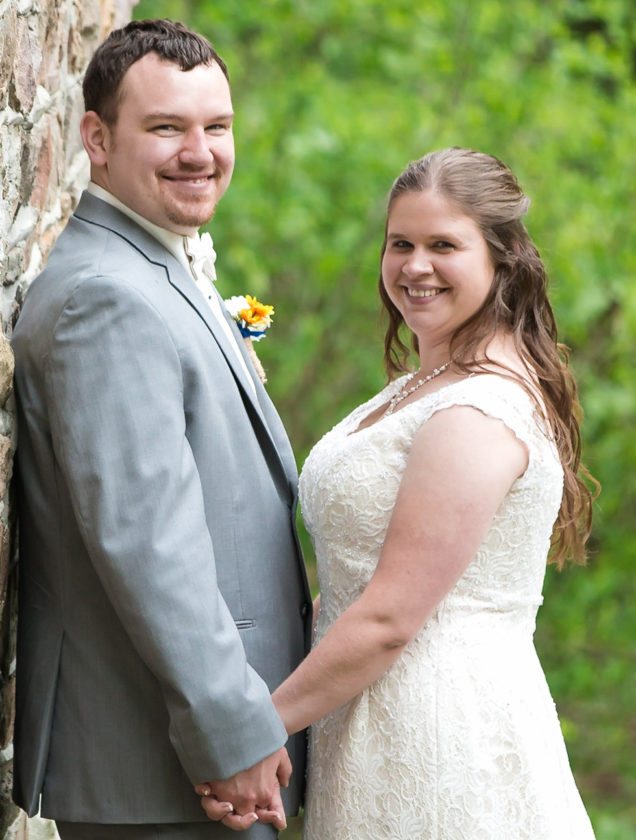 Pastor Kenneth Geisewite officiated the ceremony held at the Old Paint Mill in Jersey Shore. The reception immediately followed the ceremony at the same location. The wedding was a rustic theme, beautifully decorated with sunflowers and daisies.

The groom is the son of Jay Bumgarner and Janna Nichols. He graduated with his Bachelor’s degree in Industrial Engineering from West Virginia University in 2012. He is employed at Drucker Diagnostics as a Quality Assurance Engineer.

The matron of honor was Stephanie Ciampi of Loganton, friend of the bride. Bridesmaids were Sydney Bender, Alicia Willits and Jessica Towner.

The best man was Michael Vance, of Lewisburg, W.V., friend of the groom. Groomsmen were Andrew Ciampi, Joe Teubert and Brian Bumgarner. Ring bearers were Caeulum and Ryker Ciampi.

The couple resides in Bellefonte.

To Your Good Health: Consistently lower than ‘normal’ temperature may be just fine