MONDAY r At 8:53 a.m., Nittany Valley Fire Co. and Goodwill Ambulance of Flemington responded to an accident on Interstate 80 westbound near Lamar. They returned to quarters at 9:18 a.m.

Drunk driving alleged LOGAN TWP — State police at Lamar encountered Jennifer Michelle Hoy, 42, of Mingoville on April 29 at 12:01 a.m. Upon making contact it was determined that Hoy was in physical control of a vehicle while under the influence of alcohol. The appropriate charges will be ...

LOCK HAVEN — The following schedule is provided by the Clinton County Court of Common Pleas and is subject to change depending on the needs of the court system. Juvenile criminal procedures are generally closed to the public and aren’t listed. Domestic Relations hearings are also ...

The following sentences were handed down in Clinton and Lycoming counties. CLINTON COUNTY INTOXICATED DRIVING — Michael Stanley Serchyshyn of McElhattan, charged by state police for intoxicated driving, was fined $300, ordered to pay numerous fees, and was placed on probation for six ... 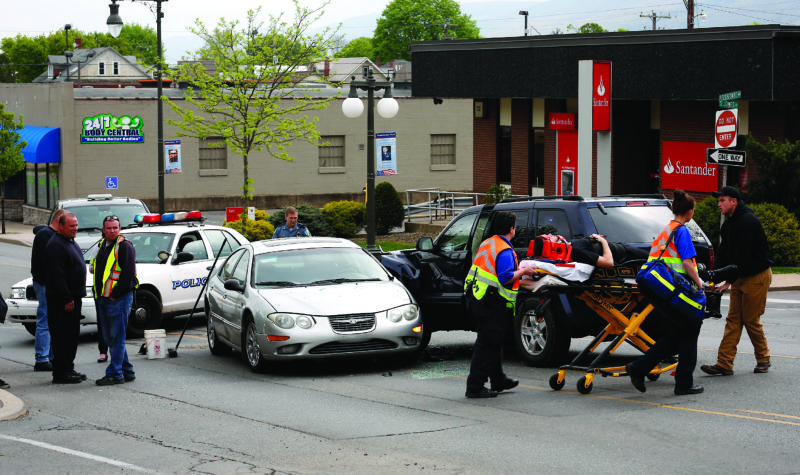 One injured in two-vehicle accident

SPENCER MCCOY/THE EXPRESS One person was injured and transported to Lock Haven Hospital for treatment of injuries suffered in a two-vehicle crash at about noon Thursday at the corner of Bellefonte Avenue and South Jones Street. Lock Haven City Police investigated the crash; however, ...

Drunk driving alleged LOCK HAVEN — A 26-year-old Lock Haven man was taken into custody under suspicion of intoxicated driving on Sunday at approximately 2 a.m., Tpr. Jonathan Rishell of the state police at Lamar said. Police said the suspect, who was driving a black 2007 Nissan Spectra, ...

LOCK HAVEN — The following calls were reported to the Clinton County Communications Center. WEDNESDAY r At 9:08 p.m., Dunnstown emergency services responded to a fire alarm at 330 Brewery Hollow Road. The call was cleared at 9:14 p.m.

TUESDAY r At 10:01 a.m., Dunnstown emergency services responded to a report of downed wires near 93 Shirk Addition. The call was cleared at 10:20 a.m. 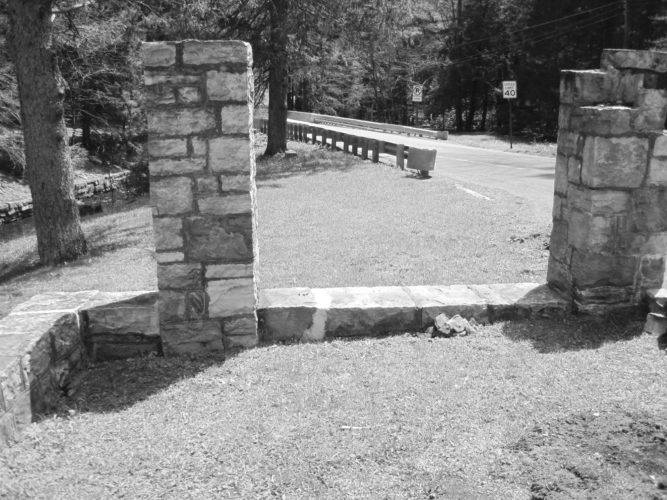 PHOTO PROVIDED On Earth Day, April 22, thieves stole three large entrance signs at R.B. Winter State Park, near Loganton, park manager Michael Crowley reports. Two of the signs were at the park’s west entrance and one was next to the dam. The thieves attached a chain to the top of the signs ...

Found property LOCKPORT — An Apple iPhone was found in a pavilion at Riverview Park recently. The owner can claim the property at the Woodward Township Police Department, 570-748-6561. Minor drinking LOCK HAVEN — Robert Heck, 19, of Lock Haven was cited for underage drinking Sunday on ...

Struck with closed fist LINDEN — Tammy Leigh Murray, 41, of Cemetery Street, Williamsport, was accused of striking Lily Ann Dugan, 19, of Harvest Moon Park, Linden, in the head with a closed fist during an argument on Sunday, April 23, at 12:20 a.m., at 123 Harvest Moon Park in Woodward ...

LOCK HAVEN — The following calls were reported at the Clinton County Communications Center. SUNDAY r At 1:08 p.m., the Lock Haven Fire Department responded to the report of a fire alarm at 22 Cree Drive. The call was cleared at 1:12 p.m. r At 2:34 p.m., emergency services from Mill Hall ...

DUI WOODWARD TWP—During a traffic stop conducted by state police at Montoursville on April 2, 2017 at 11:06 a.m. for a lawful traffic violation, Sandy J. McNamara, 48, of Jersey Shore was placed under arrest for suspicion of DUI and transported to Williamsport hospital. McNamara was ...