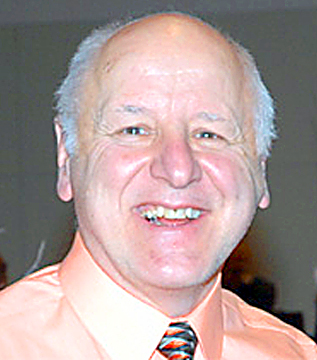 America has produced countless successful military leaders throughout its history, but arguably none more powerful and influential than General of the Army Douglas MacArthur. His service record is unparalleled, and the late American writer and biographer, William Manchester, once compared MacArthur to a “Roman Caesar” in terms of military genius, organizational skills, self-courage, and leadership.

One might say Douglas MacArthur was born into a military pedigree, as his father, Arthur MacArthur, was a Union officer in the Civil War and was awarded the Medal of Honor for his actions at the Battle of Missionary Ridge, Tennesseee, in November 1863. Arthur and son Douglas are one of only two sets of father/son Medal of Honor recipients, the other being Theodore Roosevelt and son Theodore, Jr. Another member of the MacArthur family, Douglas’s older brother Arthur III, graduated from the Naval Academy and served with distinction in both the Spanish-American War and World War I.

From his earliest days Douglas had his sights set on a military career and felt that the best possible preparation would be offered at the West Point Military Academy. Entering in 1899, MacArthur flourished in the highly intense academic, military discipline, and leadership environment and graduated with impeccable credentials with the West Point class of 1903. West Point was the most formative period of his life, and the Corps of Cadets’ values of Duty/Honor/Country were seared into his heart and soul and were the bedrock of his leadership philosophy.

MacArthur experienced his first taste of battle when, in 1914, as a young Captain, he was dispatched to Veracruz, Mexico, with orders to assess possible American involvement in the ongoing Mexican civil war. Leading a small party of men deep into hostile territory, he engaged in a running gun battle which ended with the mission accomplished and four separate bullet holes in his jacket as a result of his efforts. In his initial foray under fire, he exhibited the characteristics that he carried the rest of his life – poise under stress, instant decision making, initiative, and the willingness to risk his own life to accomplish the mission at hand.

With America’s entry into World War I in April 1917, MacArthur was promoted from Major to Colonel and placed in command of the 42nd Infantry Division, nicknamed the “Rainbow Division” because its soldiers came from all throughout the United States. While commanding troops all across Europe’s “Western Front”, MacArthur distinguished himself as a brilliant and fearless leader, often personally leading reconnaissance raids behind enemy lines. A peerless tactician, he frequently led his soldiers from the front to raise morale and spirit. His aggressive and courageous leadership during World War I resulted in promotion to Brigadier General. 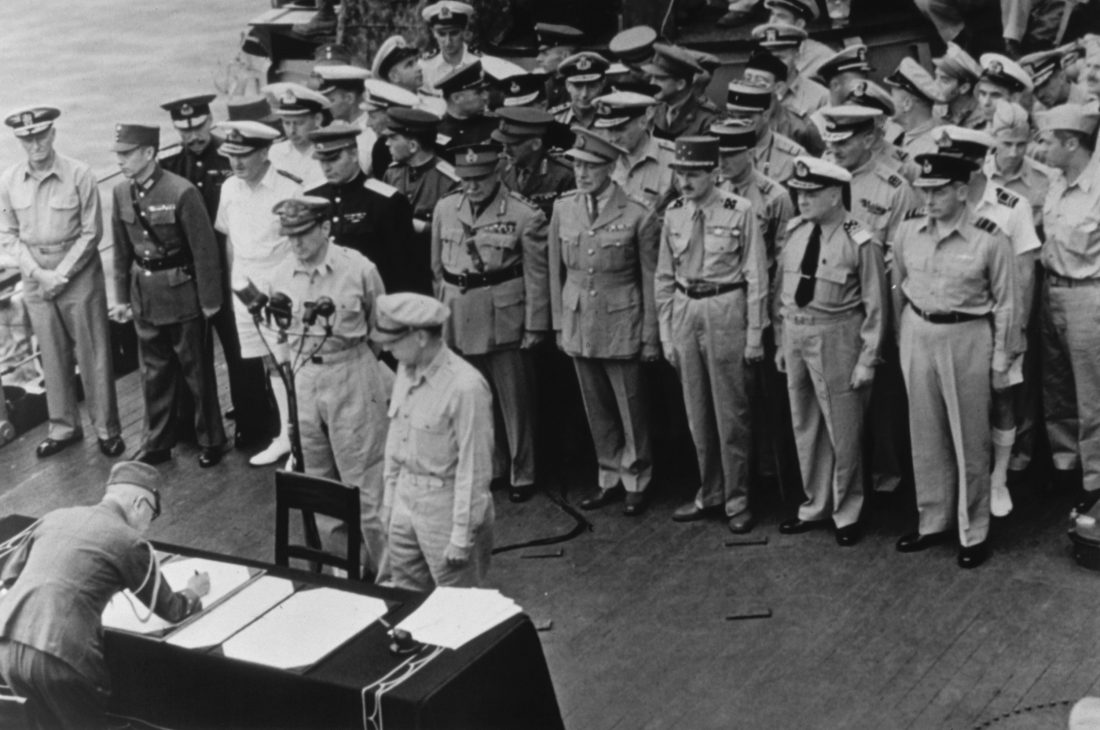 AP Photo General of the Army Douglas MacArthur, Supreme Allied Commander, and General Wainwright, who surrendered to the Japanese after Bataan and Corregidor, are shown witnessing the formal Japanese surrender signatures aboard the U.S.S. Missouri in Tokyo Bay, September 2, 1945.

Returning to America after the Armistice of World War I in 1918, MacArthur served in a number of high profile positions, including a 3-year term as West Point Superintendent, an assignment to the Philippine Islands to quell a mutiny, president of the 1928 American Summer Olympic Committee, organizer and administrator of the Civilian Conservation Corps (CCC) and promotion to Major General and Army Chief of Staff. He briefly resigned his Army commission in 1937 to become the civilian Field Marshal of the Philippine Army.

Over the next four years, MacArthur teamed with American naval forces and brilliantly staged campaign after campaign in the southwest Pacific islands, eventually wading ashore at the Philippine island of Leyte, the iconic photo titled, “I have returned!” MacArthur was involved with the planning of the anticipated allied invasion of the Japanese homeland islands when the Pacific War ended with the bombings of Hiroshima and Nagasaki in August 1945. He conducted and accepted the Japanese formal surrender on board the USS Missouri anchored in Tokyo Bay on September 2, 1945. From 1945 to 1951 MacArthur served in Tokyo as the Allied commander of the occupation of Japan, managing the demobilization of the Japanese military, restoring the economy, conducting the War Crimes Trial, and restoring civility to Japan. It was ironic that MacArthur had spent four years battling the Japanese, and now he was assigned to rebuild the remains of that nation.

On June 25, 1950, MacArthur was once again called into the cauldron of war, as communist North Korean forces, backed by its Chinese and Russian allies, invaded democratic South Korea. MacArthur’s mission was to lead United Nations Command troops in an effort to save South Korea from a communist takeover. After initial success in repelling the invasion, the war drastically turned as massive numbers of Chinese troops joined the North Koreans, greatly outnumbering the UN forces. Consequently, a breach of trust between MacArthur and President Harry Truman boiled over. Truman favored a limited war, while MacArthur pushed for an all out confrontation with North Korea, China, and Russia. As it played out, Truman relieved MacArthur of duty on April 11, 1951, stating, “I removed him because of insubordination to the President of the United States and an unwillingness to conduct a limited war in Korea.”

And so ended the brilliant 61-year military career of an American legend, a man who had both admirers and detractors, but none who doubted his love for America. Returning home he spoke to a joint session of Congress, ending with the memorable words, “Old soldiers never die, they just fade away.”

MacArthur made one last visit to his beloved West Point on May 12, 1962, addressing the 2,200 strong Corps of Cadets regarding their futures as Army officers. With a tear in his eye, he remarked, “Today marks my final roll call with you, and in the evening of my memory there always echoes and reechoes; Duty, Honor, Country. Know that my last conscious thoughts in this life will be of the Corps, and the Corps, and the Corps. I bid you farewell.”

Born in a Massachusetts military hospital in 1845, General MacArthur left this world in another, Walter Reed Military Hospital in 1964, fitting bookmarks for an American warrior.

Today, a granite statue of General MacArthur sits at West Point, looking out over the Plain and the gently flowing Hudson River below. One can almost imagine his words Duty, Honor, Country; the Corps, the Corps, the Corps, reverberating off the distant hills and valleys.