“The heart of him that has understanding seeks knowledge: but the mouth of fools feeds on foolishness.” (Proverbs 15:14 AKJV) Where is your heart? Seek the Lord and His wisdom. “Better is little with the fear of the LORD than great treasure and trouble therewith.” (Proverbs 15:16 ...

PIAA solutions should ensure fairness for all

The Pennsylvania Interscholastic Athletic Association (PIAA) was created more than a hundred years ago to provide fair, uniform standards governing high school sports. The body was expanded in 1972 to include private schools to end the separation of schools from different backgrounds. ...

Advice for the president

Dear Mr. President, "Would you take this advice I hand you like a brother"? It's a song lyric from the musical "The Pajama Game," but fitting here. There is a way you can hang onto your base, keeping them engaged, energized, without the constant Twitter assaults on those who criticize you for ...

“You are of your father the devil, and the lusts of your father you will do. He was a murderer from the beginning, and stayed not in the truth, because there is no truth in him. When he speaks a lie, he speaks of his own: for he is a liar, and the father of it.” (John 8:44 AKJV) Lying ...

Americans are so gullible. Even after all we know about Russian trolls' attempts to influence our 2016 presidential election with phony social media posts, we still fall for their shenanigans. Even after special counsel Robert Mueller's team indicted the Russian Internet Research Agency, ...

“Jesus answered them, Truly, truly, I say to you, Whoever commits sin is the servant of sin.” (John 8:34 AKJV) We don’t control sin. Sin controls us. Jesus can set us free from sin.

Should kids have cell phones?

By JOHN S. KIERNAN www.WalletHub.com Becoming too connected used to be an issue kids had with stuffed animals and pacifiers. Now it’s a matter of smart phones and tablets. And whether this is a positive development remains to be seen. Sure, growing up in the technology age has its ...

No evidence of global warming?

By TIM MANNELLO Several of the most popular questions about global warming appeared in a letter-to-the editor section of the local newspapers recently: “What empirical evidence exists that we are in anything other than a normal climate warming cycle, that we are warming at a faster rate ...

Coal retirements could be devastating for grid resiliency, consumer costs

By MATTHEW KANDRACH There is growing alarm over the loss of America’s baseload sources of electricity. Coal and nuclear power plants are being pushed off the grid by a three-headed monster of heavily-subsidized renewable energy, the legacy effects of overzealous regulation, and a glut of ...

“The fear of the LORD is the beginning of wisdom: a good understanding have all they that do his commandments: his praise endures for ever.” (Psalms 111:10 AKJV) If we are wise, we will fear the Lord. We are all accountable to Him.

“This Is The Forest Primeval, The Murmuring Pines And Hemlocks” — Evangeline, H.W. Longfellow, 1847 The fine art and science of fishing started, for many of us, in the steep, narrow, dark, damp hollows that carve their way through the hills of our region. At ...

By JEFF MULLHOLLEM UNIVERSITY PARK. — Drinking water from wells in rural northcentral Pennsylvania had low levels of pharmaceuticals, according to a study led by Penn State researchers. Partnering with volunteers in the University’s Pennsylvania Master Well Owner Network, researchers ...

Remains ‘consistent with being Americans’

WASHINGTON (AP) — The remains handed over by North Korea last week in 55 boxes are “consistent with being Americans,” based on an initial examination, although none has been positively identified, a U.S. scientist who has seen the remains said. Although President Donald Trump has ...

Each Saturday, The Express community newspaper highlights people, groups and activities our readers deem worthy of Applause. A huge THANK YOU is not nearly enough to express our appreciation for the quick thinking of Brett Chapman and Gage Wheeler’s actions which prevented a potentially huge ... 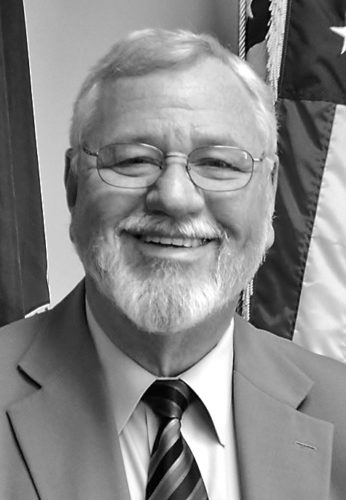 Commissioners have been transparent on vehicle fee issue

As chairman of the board of Clinton County Board of Commissioners, I am providing the following information in response to the “Our View” published in The Express newspaper on Aug. 1 regarding the board’s consideration of an ordinance to request PennDOT to impose an annual $5 vehicle ...

“In the last day, that great day of the feast, Jesus stood and cried, saying, If any man thirst, let him come to me, and drink. He that believes on me, as the scripture has said, out of his belly shall flow rivers of living water.” (John 7:37-38 AKJV) Jesus can give you life abundant and ...

On a Tuesday in May of last year, a fairly remarkable thing happened. On the same day both Madison, Wis., and Abita Springs, La., opted to transition to 100 percent renewable energy. Both votes were unanimous. Madison is not a surprise. In the November election, more than 70 percent ...

People hoping to settle in the United States wait years for a green card to be legal residents. They play by the rules. These law-abiding newcomers must feel like idiots, watching what's happening on the southern border. Hundreds of thousands of Central American migrants are walking right ...