“Give us help from trouble: for vain is the help of man.” (Psalms 108:12 AKJV) God has the ultimate answers to life’s troubles.

By ED FEULNER The definition of insanity, as they say, is doing the same thing over and over again, but expecting different results. And yet critics insist that the U.S. shouldn’t have withdrawn from the U.N. Human Rights Council. We’re running away, they claim. Turning our back on ... 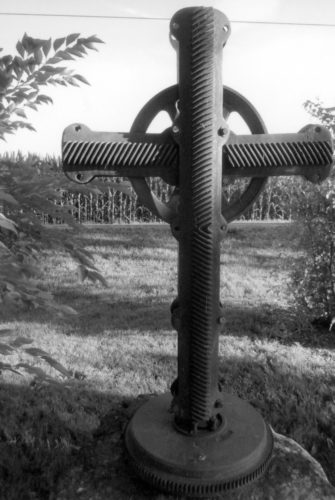 By RALPH DOTTERER JR. Have you ever thought about the words that the evening news anchors use, to catch your attention? Hmmm ... Words like “dramatic,” “breaking,” and “sweeping,” are all meant to push the emotional response button in your brain, thereby opening up your ...

“The eyes of the LORD are in every place, beholding the evil and the good.” (Proverbs 15:3 AKJV) God knows. Get right with God before it is too late.

ith Pennsylvania imposing the highest gasoline tax in the nation to fund its roads and bridges, we cannot fathom why Clinton County commissioners believe they need to levy a $5 fee on virtually all truck, car, motorcycle, trailer, RV and camper registrations in the county starting in ...

Some ideas to think about

Fresh corn off the cob

There are so many things to love about summertime, like the flowers, yard sales, picnics and long rides in the countryside. It was on those rides that I checked the progress of the sweet corn crop growing in our local fields for months and I’m happy to announce that the corn is now ready to ...

To Your Good Health

BY KEITH ROACH, M.D. DEAR DR. ROACH: I am a 61-year-old woman in fairly good health except that I have been taking prescription omeprazole once a day for heartburn for at least 10 years, if not more. I’ve read articles that say this isn’t good to take long term, like I’ve been doing. ...

Woman is strung along

Dear Annie: I have known “Jeffrey” for six years. For four of those years, we were just friends, and for the past two years, we’ve dated on and off. At first, we dated for six straight months. He started to slowly stop calling and texting, and then he stopped coming around. Then, all of a ...

The irony of the plastic straw ban

You know you're a misguided environmentalist if you support banning plastic straws — the latest enviro craze sweeping the nation — while still consuming trendy Frappuccino-like drinks contained in big ol' plastic cups. Cups that also have plastic lids. Has it ever occured to enviro ...

Letters to our boys

(Editor’s Note: This is another installment of The Express’ “Letter to Our Boys,” written during World War II to let “our boys” know what was happening back in their home towns. The Express will bring the letters to you occasionally, thanks to the efforts of Fred and Anna Snyder, ...

“He sent his word, and healed them, and delivered them from their destructions.” (Psalms 107:20 AKJV) Apply God’s Word to your heart and He can bring healing to you also.

School districts in the region received increases in state education subsidies with the passage of the state budget in June, but a number of local educators say mandated costs have gone up even higher. “I think, given the vast majority of the state’s increase, it ends up going into ...

“Oh that men would praise the LORD for his goodness, and for his wonderful works to the children of men! For he satisfies the longing soul, and fills the hungry soul with goodness.” (Psalms 107:8-9 AKJV) God can give us what this world cannot give.

Each Saturday, The Express community newspaper highlights people, groups and activities our readers deem worthy of applause. I would like to take the opportunity to THANK the following people and businesses for helping me make the 8th Annual Clinton County Camp Cadet Golf Tournament a huge ...

“Then Simon Peter answered him, Lord, to whom shall we go? you have the words of eternal life. And we believe and are sure that you are that Christ, the Son of the living God.” (John 6:68-69 AKJV) Peter was convinced that Jesus is the Son of the Living God. Are you? “Let the ...

Barry Rake is a guy who’s used to calling balls and strikes. When he’s away from the diamond, Rake, a 47-year Little League Baseball umpire, offers kids in Lycoming County the same kind of straight talk, as he hands out plastic sport water bottles emblazoned with the slogan “Too Smart to ...

Livers as indicators: Drinking to an early death is on the rise

Alcohol abuse is on the rise, and is contributing to a huge jump in liver disease. That is news that should sober us, quite literally. It should lead to stronger measures from the federal and state levels against the pervasiveness of alcohol consumption as a daily activity for too many of ...