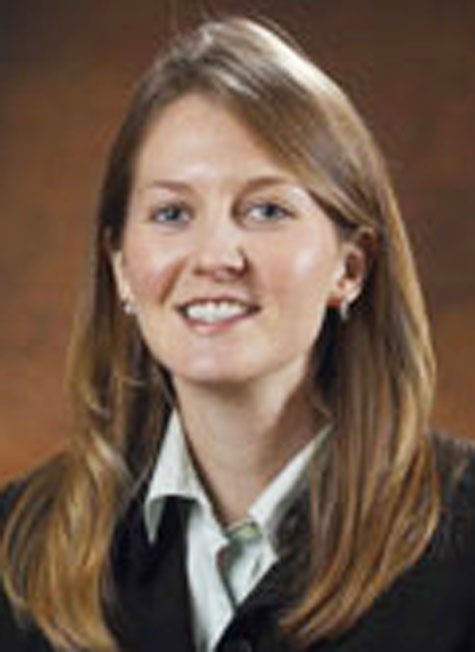 This ruling reversed the May 2017 decision of the Clinton County Juvenile Division, which said the CPSL does not consider the mother’s actions child abuse if they were performed while the child was a fetus.

The Superior Court’s majority decision, written by Judge H. Geoffrey Moulton Jr., who was joined by Judge Victor Stabile, said a mother’s prenatal drug use could constitute child abuse if she “intentionally, knowingly, or recklessly caused, or created a reasonable likelihood of, bodily injury to a child after birth.”

But Senior Judge Eugene B. Strassburger III issued a concurring opinion that called for a more nuanced understanding of the ruling.

In it, he questioned whether treating women addicted to drugs as child abusers actually results in safer outcomes for children.

He said there is “no doubt” that most pregnant women “who use illegal drugs during their pregnancies do so not because they wish to harm their child, but because they are addicted to drugs.”

Because he felt the case was important to the public, he argued for a review by the full state Superior Court or Pennsylvania’s Supreme Court.

The case centers on a Clinton County woman who tested positive for unprescribed opiates, benzodiazepines and marijuana when she gave birth in January 2017 to a child that suffered symptoms of withdrawal for 19 days in Williamsport Hospital. County Children and Youth Services appealed the lower court’s decision on the basis that the mother’s prenatal drug use was a “recent act or failure to act” that then “caused” or “created a reasonable likelihood of bodily injury.” They argued that the mother’s prenatal drug use caused the child to be born with withdrawal symptoms.

According to the CPSL, bodily injury is the “impairment of physical condition or substantial pain.”

The question, the court confirmed, is not the definition of life–the Superior Court and CYS agreed that a fetus or unborn child “does not meet the definition of child” under the CPSL–but whether a mother’s actions while pregnant may result in the finding of child abuse.

Amanda Browning, the solicitor for CYS who submitted the appeal, said CYS made sure its argument was based on the Child Abuse Prevention and Treatment Act (CAPTA) amendment to the CPSL, otherwise known as “mandated reporting.” This statute requires health care providers to report if they are involved in the delivery or care of a substance-exposed infant caused by illegal substance abuse by the infant’s mother, withdrawal symptoms resulting from prenatal drug exposure or Fetal Alcohol Spectrum Disorder (FASD).

“Broadly, we think of (the Superior Court decision) as a good thing,” Browning said. “We do believe that the actions that a mother takes while she is pregnant…do affect the child.”

CPSL allows the child welfare agency “to intervene when a newborn is affected by prenatal drug use” and “seek to remove the child or have the child adjudicated dependent if continued drug use poses an ongoing risk to the child.”

The Superior Court decision Wednesday remanded the case back to the trial court, where Browning said CYS will pursue a charge of child abuse.

Under the CPSL, child abuse is not necessarily a finding of criminal conduct.

Browning said the fact that the Superior Court sided, in part, with CYS, means the outcome will be good for the many children harmed by parental drug problems.

“It holds parents accountable for their actions,” she said.

The Superior Court did not determine whether the county child welfare agency “met its burden in this case” nor did the court “address what other acts by a mother while pregnant may give rise to a finding of child abuse.”

But Strassburger’s opinion raised concerns about the potential overreach of the law. He cited the 2006 “mandated reporting” law in CPSL, which was a response to a 2003 federal amendment of CAPTA, authored by retired Pennsylvania Congressman and former children and youth caseworker Jim Greenwood. The amendment’s goal was “to intervene after birth and prevent future harm to children who are at risk of child abuse and neglect due to their parents’ drug use.”

Strassburger emphasized that the 2003 CAPTA amendment specified that health care providers notifying child welfare officials about an infant affected by prenatal drug exposure “shall not be construed” to establish a federal definition of child abuse or neglect.

He said that Greenwood understood that “treating prenatal drug use as child abuse may result in further unintended harm to the child” because it may drive women away from prenatal care and treatment for substance use disorders.

Strassburger also cautioned that a decision about prenatal conduct related to drug use could allow for interpretations of the statute that might compromise a woman’s private decision-making capability for herself and her child.

In fact, he said, there are many decisions that could reasonably cause a woman’s child bodily injury after birth. He said that courts might be asked to address what foods a woman ate while pregnant or if she traveled to a country with a risk of Zika virus.

But Browning said she thinks the law allows for the pursuit of a child abuse charge.

“We would like to utilize the laws we’ve been given to protect the children to the best of our ability,” she said. “(The law) specifically addresses these cases…where mothers do abuse drugs and it affects the child.”

Robert Lugg of Lugg & Lugg Law Offices, who represented the mother of infant L.B., could not be reached for comment on this story.