AP PHOTO Will Smith arrives at the U.S. premiere of “Bright” in Los Angeles.

JOHN RISHEL/THE EXPRESS Emergency medical responders wait outside a home at 9 Collegewood Ave. in Castanea until state police called them in following the discovery of a body.

PHOTO PROVIDED The storefront of the Woolrich retailoutlet in the village of Woolrich is shown in this Express file photo. 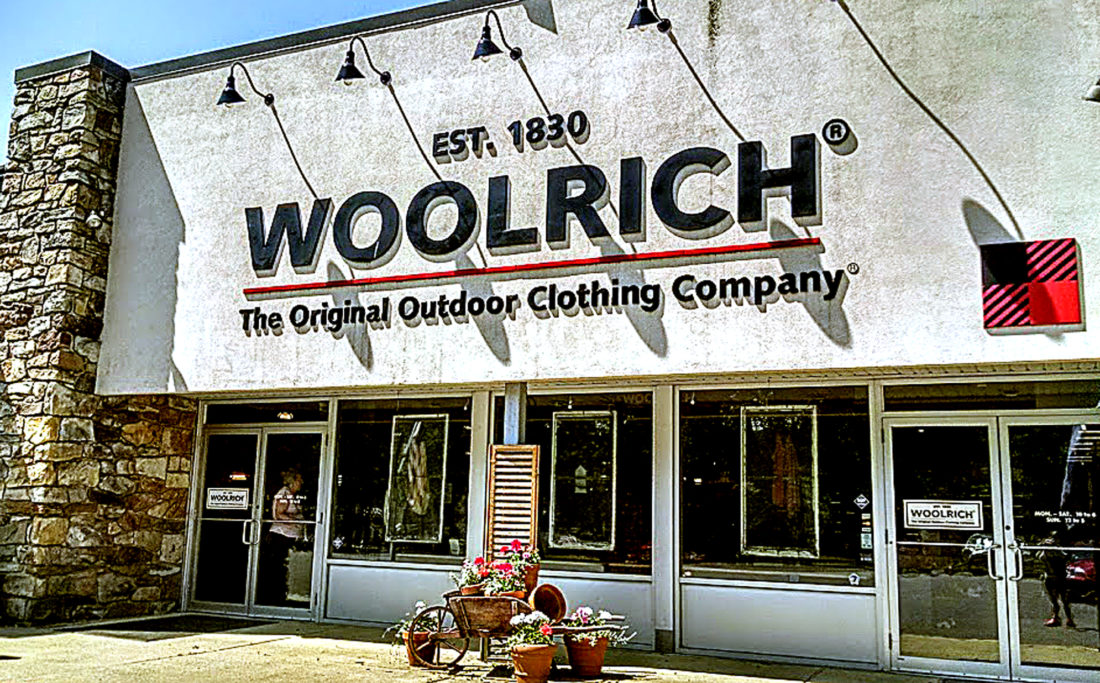 PHOTO PROVIDED The storefront of the Woolrich retailoutlet in the village of Woolrich is shown in this Express file photo.

WOOLRICH – The vaunted Woolrich Inc. brand will see new investment, and the seventh-generation family that founded the outdoor clothing company in 1830 will continue to play a role and maintain a stake as minority shareholders.

The premium outdoor clothing and accessory company primarily owned by W.P. Lavori of Italy has sold a majority stake to L-GAM Advisers in a move that has been positively described as a “further step in the globalization process” of the brand.

Established by a group of finance experts in partnership with the Princely Family of Liechtenstein, L-GAM is a Luxembourg-based, long-term oriented investment company that also owns an interest in Roberto Cavalli, a high-end Italian fashion house that sells luxury clothing, perfume and leather accessories.

Goldwin, a Japanese outdoor retailer that acquired a minority stake in Woolrich in 2017, will remain a key investor.

Financial details of the acquisition by L-GAM were not disclosed by W.P. Lavori, which became majority shareholder of Woolrich International after the American and European branches merged in 2016.

Of L-GAM, Nicholas P. “Nick” Brayton, president of Woolrich USA based in the village of Woolrich in eastern Clinton County, said, “This private equity group will have a more strategic approach to the business and we expect them to be a longer-term investor.”

“They will be aggressive with marketing … that’s absolutely the case,” Brayton told The Express.

Over the last year, Woolrich, which has traditionally put wool at the center of its product, launched a new brand focused on performance fabrics and innovation called Woolrich Outdoor.

The line, designed by Goldwin, is a premium men’s outdoor clothing collection that now sits alongside the core Woolrich John Rich & Bros. label.

L-GAM affirmed that, saying in its statement that it will build on the partnership with Goldwin to further boost the clothing brand’s international expansion plan, which involves investments in Europe, North America, Japan and an entry into China by 2019.

For some background, Brayton explained that Woolrich and W.P. Lavori merged (Woolrich USA and Woolrich Europe) to create an umbrella business, Woolrich International based in the United Kingdom, in 2016.

That merger ended the Rich family’s majority ownership of the company through some 186 years.

“Subsequent to the merger, a minority interest in Woolrich International was sold to Goldwin, which is a Japanese company that is also very enamored with the Woolrich brand and markets many venerable brands including The North Face Purple Label and Nanamica.

Under the deal that should be consummated by the end of October, Brayton said Goldwin’s ownership of Woolrich will rise to 25 percent, while L-GAM’s share would be somewhere between 60 to 75 percent, leaving family with perhaps under 10 percent ownership.

The sale to L-GAM includes the 3,500 acres of mostly mountainside, wooded land Woolrich owns in and around the village, he also confirmed.

Family shareholders will make decisions in the coming days about their ownership, Brayton said

“I expect to be here, as of right now, and continue on as president of Woolrich Inc.,” Brayton offered.

He said approximately 70 shareholders — a combination of descendants of Woolrich founder John Rich and past and present employees — remain as shareholders and are scattered mostly throughout America.

Each has varying numbers of shares, he said.

“W.P. Lavori is selling 100 percent of its interest. There is a definitive agreement (to purchase Woolrich) and the offer has been made to shareholders,” he said.

Woolrich had sales in 2017 of around $200 million, Brayton confirmed.

Woolrich employs about 250 people around the globe, including just over 100 employees here in Clinton County via its mill, offices and distribution center, Brayton said.

The distribution center is not closed, he affirmed, but it was recently scaled down.

Woolrich has retail stores-operations in New York City, Boston, and at the premium outlets in Woodbury, N.Y.

It also has a store at the Yorkdale Mall in Toronto, Canada.

“And we have more than 20 stores in Europe and Asia … mono-branded Woolrich stores,” he added.

The company’s top-selling clothing item is its famed Arctic Parka.

Woolrich was established in 1830 in the quaint, tree-lined village along Chatham Run by founder John Rich.

Brayton said W.P. Lavori had been assessing additional investing in and upgrading of the Woolrich mill in the village, and that “is still under consideration.”

As for the future of Woolrich’s famous retail store in the village, Brayton said he does not want to speculate and must be sensitive to the new owners.

L-GAM has a keen business culture.

On its website, the company says its seeks to “provide capital solutions to SMEs (small and medium sized enterprises).”

“We aim to invest in great companies and build relationships with exceptional management teams to create long-term value. Our approach combines a disciplined, value-oriented investment style of private equity with the flexibility and long-term orientation of our anchor investor. We have the flexibility to invest in debt and equity instruments and to adapt to various types of situations and governance models.

“This allows us to pursue investment opportunities such as buy-outs, family successions, buy and builds as well as recapitalizations, debt restructurings, turnarounds and other types of complex situations.

“While we are primarily focused on control-oriented transactions we will invest in minority positions with the appropriate governance structure,” the private equity firm goes on to state.

Mike Flanagan, CEO of the Clinton County Economic Partnership, said Woolrich “is optimistic that this transaction will be a positive one and they will be in a better position moving forward than with WP Lavori.”